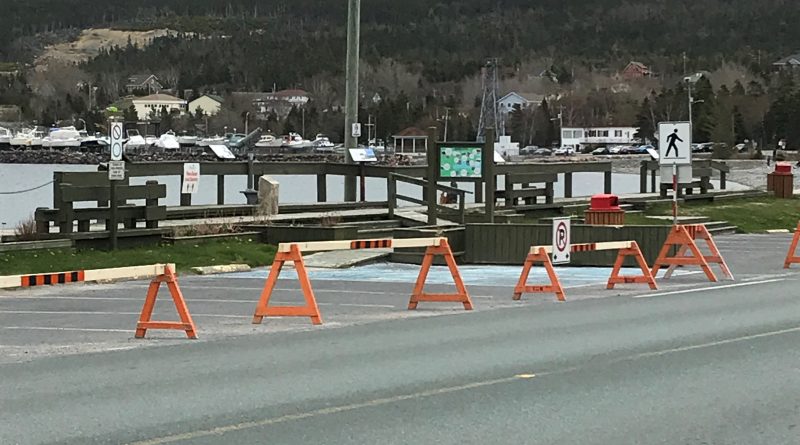 Work is proceeding apace to clean up the shoreline in Holyrood, council was told earlier this month.

Mayor Gary Goobie asked for an update at the May meeting, having first raised the matter the month before, noting at that time that residents were informing him that a lot of debris had washed up from high winter seas, including Snowmageddon in January.

Chief Administrative Officer Gary Corbett told Goobie that town crews had, at that point, spent about a week patrolling the beach and boardwalk carrying out a clean up.  Most of the work on the north side, he said, had been completed.

Corbett also highlighted the fact that Snowmaggedon left behind more than just debris; the town’s boardwalk suffered significant damage as well, and Corbett said that work would be getting underway in the coming weeks to repair it.

“Once that’s done, we should be ready to go,” Corbett said, adding that the parking lot area had been pretty well cleaned up as well. “There’s still some rocks there, but any day of the week you can get some spray that will send some pebbles up there. But, for the most part, we should be in good shape.”

As for pieces of insulation that had made up a large portion of the debris that people were concerned about, Corbett said town staff had made their rounds from the festival grounds over to the old fish plant and cleaned up whatever was able to be picked up.

But, he added, some of the yellow spots thought to be more insulation may not have actually been the case.

Corbett said there has been a significant amount of yellow kelp that has washed ashore – something that he had not seen in a long time.

“It’s something that I have not seen in a while … I think there was some confusion from that,” said the CAO. “But, those pieces we’re referring to as insulation have all been picked up by all staff in doing walk throughs and picking up what they could between the rocks, around the rocks, etcetera. When there’s a low tide, anything that might still be left on the shoreline (will be cleaned up).”

Goobie said he has visited the beach on several occasions during and after the cleanup operations. He said that he was astonished by just how much debris had washed ashore, or been blown about during the various snowstorms the province experienced this past winter.

“The boardwalk was literally littered with a lot of rock, and wood, and pretty well whatever you can name,” said the mayor. “It was there, and had blown up along the shore. So, it was quite a cleanup, and our staff did a fantastic job in eradicating that problem. Things are looking in tip-top condition right now.”