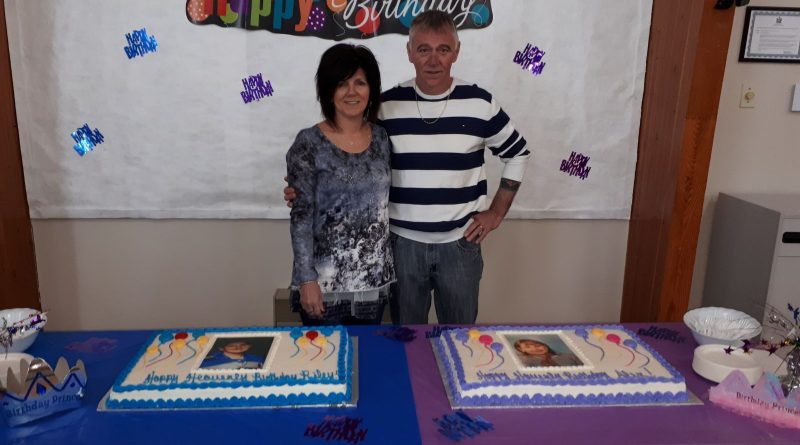 This year’s annual Spirit of Alex and Riley Food Drive proved that a community project dedicated to the memory of two brave children can endure even the social turmoil caused by a pandemic.

For several years now, residents of Conception Bay South have been donating to the annual food drive organized by Louise and Bernie Mercer, the parents of Riley and Alex Mercer, who both passed away at young ages after individual battles with brain cancer. The annual event aims to not only bolster the supplies on the shelves of the CBS/Paradise Food Bank, but also bring the community together through partnership, song, and food.

It’s usually a very social event, with people of all faiths gathering at the Salvation Army church in Long Pond as the donations roll in. This year, because of social distancing rules related to fighting the pandemic, the church event had to be cancelled..

So the Mercers took the project online, soliciting financial donations to help the food bank with its work of helping to feed families in CBS and Paradise who need help.

Louise admitted she worried about asking people for money during a time when so many people are being laid off from work. However, by the time the fundraiser came to a close, the Mercers were surprised to learn some $28,355 had been collected.

“The donations were pouring in all day, and we’re still getting some here and there,” she said. “We finished up that night around 7:00 and were nonstop the entire day, since starting around 10:00 in the morning. It was a great day, a lot of participation … so many comments and beautiful messages sent by people throughout the day.”

In previous years, it was difficult to deduce exactly how much had been donated, because most of the donations came in the form of food that was delivered to the church and later dropped off at the food bank. Louise reckoned they usually collected some $15,000 to $20,000 worth of food each year, which pushes this year’s amount past the norm.

“We had to set a goal in the beginning, which we set at $50,000,” she said. “I was nervous about that at first, because of the financial situation that a lot of people are dealing with now. But, then when Saturday morning came around and I saw the amount of donations that were coming in, I knew we were going to meet that goal. But, I never expected to see it get to $28,000. It was amazing, and hopefully that’ll be able to keep the food bank going for a while.”

The drive mainly took place on facebook, with musicians from around the community pitching in to provide performances – a “virtual” alternative, so to speak, to having them perform live at the Salvation Army church, as would normally be the case.

Louise said that those changes were a bit difficult to get used to at first. The Mercers look forward to the drive each year for the opportunity to see and interact with so many people they have grown quite fond of over the years. She described that as the highlight of the event for them, and with this year’s event being so different, they sorely missed that aspect.

“Strangers, people we’ve never even met, would come into the church and tell us that they had heard our story, and that they wanted to come and be a part of it,” Louise said. “They’d drop off their donation, and many of them would stick around to have some tea and birthday cake – we miss that, sitting and chatting with the people who come in.”

Louise said the local schools have been heavily involved in past years as well, with some classes even making trips to the church to get involved. This year, that could not happen either.

“So, there were a few big changes we had to deal with,” said Mercer. “We spent the day by ourselves for the most part, which was different than what we’re used to. We did this in the first place so that we wouldn’t have to be alone on their birthday, and this year we ended up doing just that – spending it alone.”

But, she allowed, although they were physically alone, they were provided with constant reminders from people about how much they care.

“The support was amazing, and we really would never be able to thank the public enough. People have no idea how much it helps us, and motivates us to keep going,” Mercer said. “The community benefits from these (events), and we get to keep Alex and Riley’s memory alive. As their mom and dad, that’s our purpose in life now, to keep their legacy alive and well.”