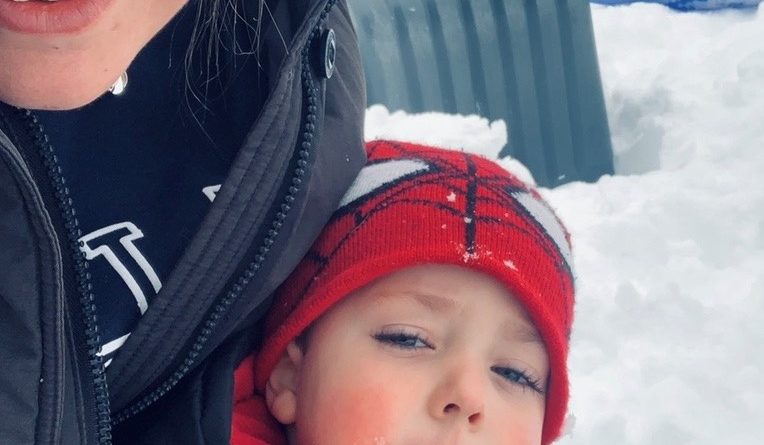 The story of Paradise’s own Spider-Man is going national.

As COVID-19 spreads, there have been plenty of negative stories regarding the longstanding impacts of the pandemic: businesses closing shop, hospitals filling up, and people saying goodbye to close friends and family members as they huddle in social isolation to “flatten the curve.” But, there have also been a significant number of positive, cheerful things that have happened in response. Authors Heather Down and Catherine Kenwell made it their mission to track down as many of those stories as they could.

Not Cancelled: Canadian Caremongering in the Face of COVID-19 is the result of that search. The book was released digitally on May 11, and will see a physical, softcover release on June 5. It features stories from each of Canada’s provinces that highlight the kind, caring, and compassionate side of the population that was on display during arguably one of the most frightening times in the country’s history.

Throughout the book’s pages are 49 different stories. Down explained that number was chosen because Canada’s worldwide address is the 49th parallel. Among the stories is one that some people from Paradise will likely be familiar with.

Robbie Griffiths has been getting plenty of attention for his efforts to put a smile on people’s faces during the pandemic. In an effort to “change the conversation,” Griffiths has been, in his off-time, donning a Spider-Man suit and prowling streets in Paradise where he knows kids will be on the lookout. From a safe distance, Griffiths greets the children, and sometimes even pose with them for photos they likely won’t forget anytime soon.

One of the people whom Griffiths met on his outings was Toby, the youngest son of Paradise resident and writer Stephanie Wood.

Given that her son was, as she described it, mildly obsessed with Spider-Man, Wood knew it was just the thing to keep her kids entertained while being stuck at home under lockdown. The result of that initial meeting was a video of her son and Spider-Man dancing “The Floss” together.

Griffiths’ efforts in the community eventually caught the attention of Down, who knew it would be a perfect match for her and Kenwell’s book. After finding Wood’s video, which had amassed some 20,000 views at that point, Down called Wood for an interview.

However, upon discovering that Wood was also a writer, having managed her own blog for quite some time, Down offered Wood the opportunity to write the story herself for the book. As someone who had dreamed of being a traditionally published writer for as long as she can remember, Wood jumped at the chance.

“You’ll have books written about this pandemic and all the terrible things that came along with it – loss of jobs, death, everything. So, I think it’s really nice to have this collection of stories from people who actually found some positive experiences during all this,” Wood said. “It’s a testament to Canadians, because that’s what we do. We look after each other when things are not going very well.”

Wood said she has always been a writer in come capacity, with her blog being her most recent endeavour. As a stay-at-home mom, it became a platform for her to write about her experiences for an audience, while also honing her writing skills.

“Since I was a little girl, my dream was to have something published. And so, this, for me, even if it’s just a little story in a collection of them, was absolutely huge,” Wood said. “We even had a joke, before this, about me getting published because my child danced on a snow bank. I get to tick off the top of my bucket list because Toby stood on a snowbank … I’m in debt to that kid for the rest of my life.”

Wood said the story of Griffiths’ pandemic activities is an important one to share, because it not only shows that the compassion of Canadians is not just a stereotype, but also enforces the importance of kindness during trying times and the potentially life-changing effects that a simple gesture can have on people.

“Robbie as a person is a very salt-of-the-earth type,” said Wood. “He did this simply because he wanted to make people smile, and make some light in a very dark time. If you experience any sort of trauma as a child, you don’t remember it the same way that your parents remember it. Kids who grew up during World War II, for example, aren’t going to remember the whole situation the same as an adult would. What Robbie did – and I don’t know if he even realizes it – is change the entire memory of COVID-19 for these kids … When they’re older, it’s not all of the stress and panic that they’re going to remember like their parents will. For them, they’re going to remember one of the darkest times our generation has experienced as the time they got to meet Spider-Man. He’s taking a traumatic experience, and completely turning it around for these kids through one single act.”