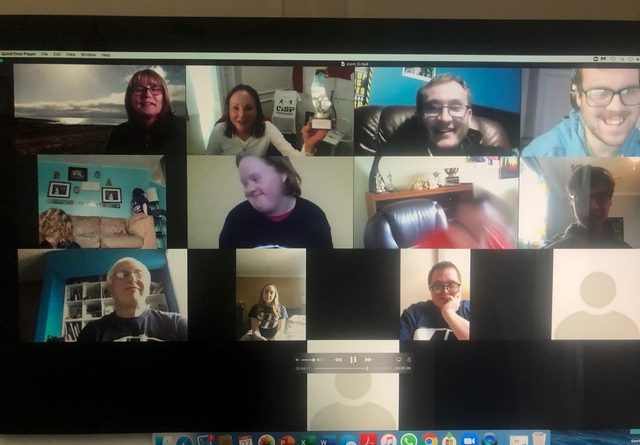 That’s despite having to cope with restrictions related to the Covid-19 pandemic.

For instance, the closing ceremonies had to be held online this year instead of in-person.

The online ceremony marked the closing of the program’s second year in operation in CBS, and head coach Eric Hart said it was quite a successful one, but not without its struggles as the program grows.

The first difference to be seen this year was in numbers, with 10 people taking part in the program. Hart said the volunteer-base is also growing, reflective of the increasing player-base the program has seen.

Hart said the closing ceremony, held using the online program Zoom, went off without much of a hitch, and still managed the overall goal of recognizing the program’s young athletes and their various accomplishments.

Although he admitted he initially was concerned about how the ceremonies would proceed on a virtual platform, Hart was pleased to see it pan out the way they had hoped.

One of his biggest concerns was that, with such a drastic change in the regular proceedings, they would be without a guest speaker to help hand out the awards and send a positive message to the players, as has been done in the past. But, past president of Squash Canada, Lolly Gillen, made sure that was not the case.

“(Gillen) reached out to the current president, and the executive director, and to many of the best squash players in Canada today, and they created a little video,” Hart explained. “We’ve got some of the best male and female squash players the country has to offer. The icons, basically. It was less than eight minutes long, but they took some time to wish the kids well, and it was really a great way to tell the kids that they’re important. They loved it, and it helped them realize that instead of being this tiny little group of 10 players, that they’re instead a part of something much larger.”

Each of the athletes received an award that recognized their achievements, biggest moments, or what they brought to the table when getting involved in the program. Things like the Early Bird award, the Eager Beaver award, and even a “Magnet of Pain” award were announced.

Despite the success of the online ceremony, Hart said the group still hopes to get together eventually and hold a banquet to celebrate the season, like they did last year.

Meanwhile, the program is looking for other ways to improve and grow, Hart said.

“There’s a new program that teaches you how to play squash – InteractiveSQUASH – that can be used for people as young as three years old,” he said. “They can play different kinds of games that get them used to the sport, and how to play, and helps them to develop this passion for recreation at a young age.”

“For us to do something like that, we need someone to fund us quite significantly,” Hart said.

Currently, his group can only access a roughly $1,000 grant. But now that they are incorporated, he said, they can apply for much larger funds.

“For $70, it sounded like a pretty good investment. So, that’s why we incorporated,” said Hart. “It’ll give the program more legitimacy, hopefully.”

Since it incorporated, Hart noted, the group has been able to apply for and receive a $4,000 grant. Now it’s a matter of figuring out where to allocate that money, and any money they get in the future, he said.

Wheelchair squash is one feature that Hart would like to see the program take on in the future. Things like the logistics of where they would store so many wheelchairs, how many chairs they can obtain that are suitable for squash, and again, the costs, are all being worked out he said. He said he is hopeful that the program, in its third year, will be able to make such moves to become even more accessible for people with physical and mental disabilities.

The awards given out during this year’s closing ceremonies were as follows.