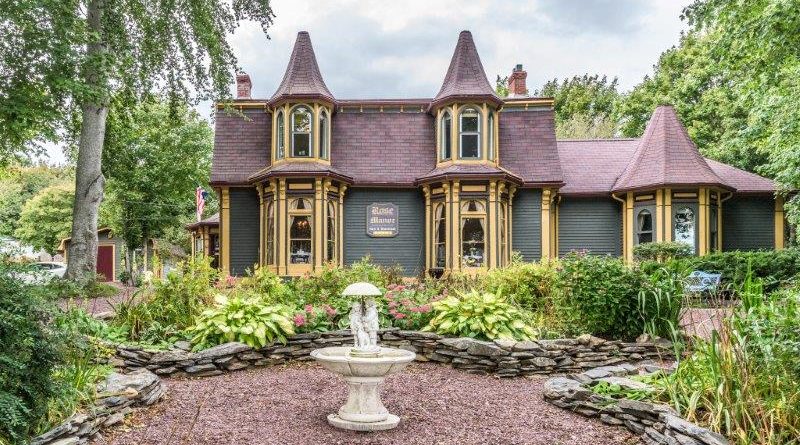 The year 2020 has been off to a rough start for most Newfoundlanders in the hospitality industry.

In January, the province was struck by a record-breaking snowfall that closed many businesses for over a week, with residents finding themselves stuck inside during a state of emergency. Two months later, COVID-19 spread across the world, and with pandemic restrictions in place, many businesses are closed again, or suffering a drastic drop in business if they can open their doors at all.

Those in the hospitality and tourism industries are faced with an even more difficult situation, as their businesses rely on people stepping outside their personal bubbles and into somewhere new – the exact kind of behaviour that national guidelines suggest against doing right now.

Erika Pardy is the owner and operator of the Rose Manor Inn in Harbour Grace, and she said that business has, as she suspected when this started, gone from 100 to 0 in a very short time.

“Not only is there no business, but my business started to decline back in January,” Pardy said, noting that the building itself is likely one of the more expensive locations for a bed and breakfast of its scale in the province, and so overhead costs are especially high. Typically, January and February are the leanest months for the year-round inn, so the innkeeper was hoping to be able to bounce back in the spring season.

With pre-bookings usually coming in early in the year, Pardy would use that money to get through the slow period until tourism began to boom again in May. But not this year.

“Because there were no pre-bookings this time around for anything – complete drop off – we’ve had zero income since January,” Pardy said.

The Rose Manor Inn also could not qualify for federal emergency financial help, which Pardy said is the case for many bed and breakfasts in the province. Now, the Rose Manor Inn and others like it are waiting to see if the federal government will announce any sort of further funding for the hospitality sector to help it remain afloat in a likely very slow upcoming season.

With inn owners having high overhead fees involved with the upkeep and maintenance of their properties, Pardy said if she and others in the industry could even just get some help with things like the mortgage, they might make it through this low point in the economy a bit easier.

The imminent lack of tourism will undoubtedly have a negative impact on the province in the long run, she allowed.

“If we don’t have tourism, what do we have?” said Pardy.

The Rose Manor Inn is still in a slightly better position than others in the industry, however, Pardy said, because it has a local, and loyal, list of regulars. She suspects a solid 80 per cent of her market has been local for as long as she has owned the place, and attributes that to the inn’s close proximity to St. John’s.

Staging events at the inn such as murder mysteries and high teas has played a big role in maintaining that local following, and while it often means that attendees are not always booking an overnight stay, it has still helped tremendously, she said.

In late April, Pardy took to social media to try drumming up business.

“Putting the call out there was a bit different, but I knew people were going to be spending money somewhere, so I explained our situation, and it really has taken off,” she said. “It’s been fabulous.”

Pardy said the Rose Manor Inn has received over 100 calls for high tea events, at least two murder mystery groups of about 15 people per group, and plenty of room bookings.

“We’ve even had some calls for elopement packages … it’s been great,” she said. “I have the most incredible and supportive community.”

While this has been a big boost for the Inn, Pardy is still unsure as to when exactly she and others in the industry will be able to take in guests. As the province’s residents get daily updates on the advancement of the COVID-19 pandemic, there is no way to tell how soon that will be.

Still, Pardy is hopeful, and said she is looking forward to getting back into the swing of things, especially now that pre-bookings have taken a positive turn.