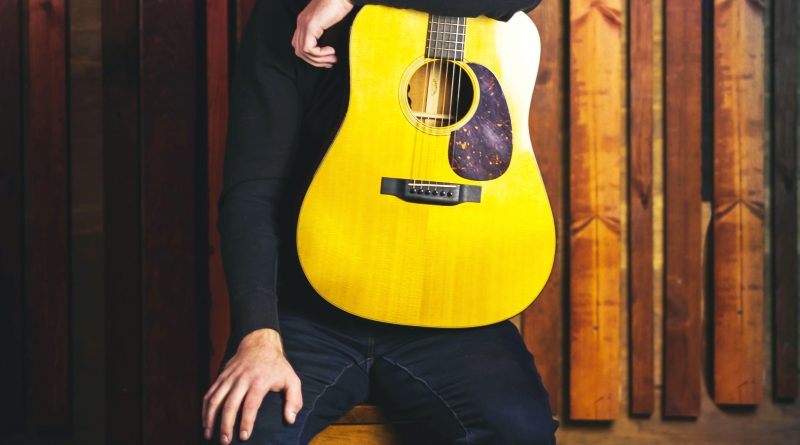 If you’re a fan of KIXX Country, you may hear a local voice coming across the airwaves.

Justin Fancy of Conception Bay South kicked off the new year with the release of his single, Long Time Coming, on Jan.3.

Fancy’s music career began in 2008 when he made the top 200 finalists category in Canadian Idol.

After the success of Idol, Fancy began playing George Street and taking bookings for private parties and played in bands like Caught in the Act and Eastern Passage, whose 2015 debut album, which Justin helped produce, was nominated for a Celtic and Traditional Album of the Year Award by MusicNL.

“I started playing guitar when I was 13. My dad bought me my first guitar,” said Fancy. “I did a couple lessons but picked most of it up on my own. My extended family are musically inclined, so I learned a lot for them.”

This is his first country recording.

“I’ve done some recordings in the past, but it’s been traditional music for the most part,” said Fancy.

“The style of music is not new to me, but the recording style is brand new. I hadn’t recorded any country music until Long Time Coming,” he said. “The market that I’m aiming at right now is exactly where I wanted to be when I first started playing music.”

He said that finding a producer was a challenge, but that when he did, he found one much closer to home than he expected.

“I had to find someone who could give me a sound I wanted. And honestly, I’ve been about 10 years trying to find that sound,” said Fancy.

He heard a recording by Gregg Bolger, a friend of his currently living in Calgary, that had that country sound he sought.

“I just asked him one day, ‘So where did you record this?’ It sounded really, really, really good. And I was expecting him to say Nashville or Calgary. And he came back and said, ‘There’s a guy in Springdale, Newfoundland, by the name of Clint Curtis, at Sevenview Studios. You should really check him out,’” recalled Fancy. “I met with him, and I put together a project plan of what I wanted, and what kind of sound I wanted, and he delivered that, and a lot more.”

“The recording process is layered, and takes time,” explained Fancy.

He recorded his vocals in St. Johns, and sent them to Curtis, who mixed them with the various instrument tracks recorded in Springdale.

Afterwards, the two discussed the track and what could be added or subtracted. The single took about a month before it was ready.

“It’s an unbelievable feeling, to be honest with you,” said Fancy.

“The way that this song came together, and the people who worked on it, it’s just so satisfying. And to hear it on country music radio, to hear it on KIXX is surreal to me.”

On Jan. 17 the song will be available on online streaming services, such as Spotify, iTunes and Google Play, and the video will launch on Jan. 30. On Feb. 14, the single will launch nationally.

Fancy said the song is a reflection of the struggle of balancing family life, a full-time job, and a blossoming music career.

“I asked myself the question after Canadian Idol, ‘Do I make a go of the music business or go back to school and get a ‘real job,’ as they like to say,’” said Fancy. “It really sums up what my life has been like for the last 10 years, playing music and gaining experiencing through the industry.”

The coming year will doubtless be busy, as Fancy hopes to complete a nine-track record by mid-to-late summer. He’s already working on the album’s second track.

“I’m still a long way from being where I want to be as a musician, and as a singer-songwriter. I want to tell stories, I want to tell people about my life and experiences I’ve had in my life,” said Fancy.

He said some of the best advice he has received came from musician Chris LeDrew, of the former band Brothers in Stereo.

Fancy had asked LeDrew how he wrote ‘Your Voice,’ one of the band’s biggest hits.

“This song always resonated with me, and I asked him how he wrote it,” Fancy said. “And he said music like that comes from experience, it comes from emotions, it comes from relationships. It’s all about the experiences you go through he said,’ Keep going, one of these days that song is going to come for you. Keep writing. Stay motivated. And really pay attention to the industry.’”