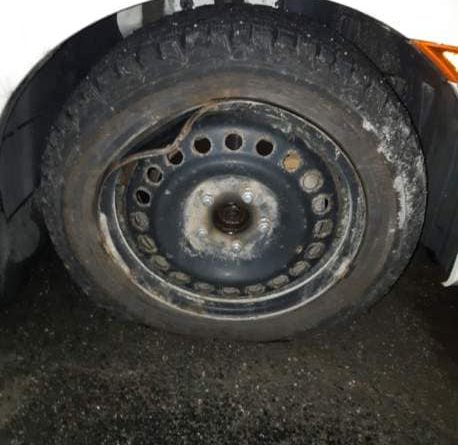 Concerns are growing over the state of Route 60.

In recent weeks, the state of Route 60 has been a hot topic of discussion among residents, and any others who find themselves travelling along the road on a regular basis. That is because the road is covered in deep potholes, and many a resident has found themselves with dented rims, flat tires, or sometimes both.

Prior to and over the course of the weekend of March 7th, social media websites like Facebook were filled with photos uploaded by angry commuters featuring deep gashes in the sides of their tires, or other such damages their vehicles suffered after hitting one of the potholes.

Conception Bay South Mayor Terry French explained that the state of Route 60 is not a new issue, and is one that tends to rear its head on a somewhat regular basis as roads get torn up by the province’s harsh weather conditions, and the equipment required to deal with it.

The issue, he says, dates back to the previous year, when the Town reached out to the Department in an effort to speed up the process of filling in these dangerous holes.

“We’re close to the holes, and we’re getting the majority of the calls and complaints. We reached out to the province last year trying to work out a deal,” French explained. “Let us put out a crew and get some patching in place to deal with these potholes. We understand Route 60 is their responsibility, but we’d do the work. Give us a budget to go by, and when the money is gone we’ll let them know, and bill them for the time it takes to do the work. It seemed like that was moving forward pretty good, and then it stalled. They declined the offer.”

Since then, the pothole issue along Route 60 has come full circle once more, and French said the Town is hoping they can reignite interest in the offer made last year in an effort to combat the potholes at a quicker rate than what the Provincial Government would be able to do considering the number of roads that are owned and maintained by the Department of Transportation and Works.

“We’ve requested a meeting with the Minister to see if we can get this back on the agenda again, for us to do some repairs. Especially in the winter months when these things pop up again. Obviously, we’d be able to respond a lot more quickly than (Transportation and Works),” French said.

That being said, working in partnership with the Province is the most the Town would be able to do. Taking ownership over the road would undoubtedly be a costly undertaking, and is one that goes well beyond the Town’s budget. If the Town were to go ahead and take it over, French said that taxes would need to increase, and he was fully aware that this is not something the residents would be on board with.

The costs associated with this type of undertaking go well beyond potholes as well. By taking Route 60 under their wing, the Town of CBS would not only be fully responsible for pothole maintenance, but for the whole works including snow clearing and other regular maintenance that such a long stretch of road would require.

“I could show places in Conception Bay South, now, where there are culverts running under Route 60 that need to be replaced. Just to do that alone, you’re talking seven figures in excess of a million dollars,” French said. “It all comes at a cost, and I believe the residents of Conception Bay South, as it is, pay enough in taxes. Route 60, right now, belongs to the province, and so they need to fox it. We would do it, but of course we’d expect to be reimbursed for those costs.”

French is no stranger to the road himself, and described the road as more of an obstacle course as he and other drivers try to weave their way around the deep potholes and avoid damaging their cars.

Although there is still work to do, crews sent out by the Department were on the scene working toward a fix during the days leading up to and following the weekend of the 7th.