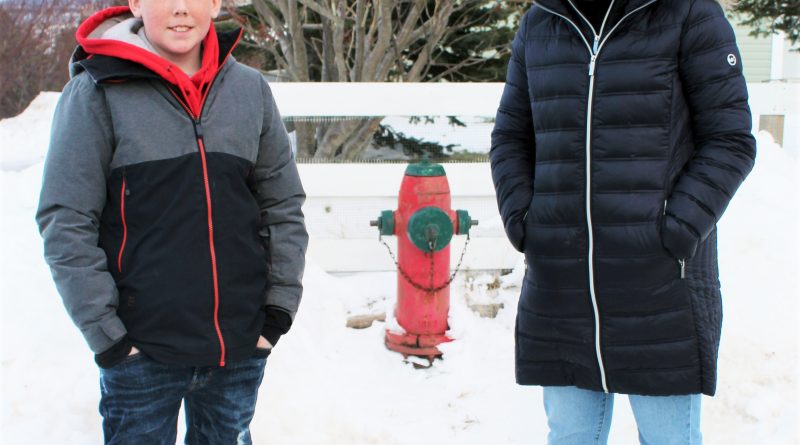 A brother and sister duo took it upon themselves to help first responders during Snowmageddon.

Over the weekend of Jan. 17, Newfoundlanders and Labradorians were subject to one of the heaviest snowfalls in the province’s history, with up to 90-cm of snow piling up along some parts of the east coast.

Among the communities that experienced the brunt of the storm was Conception Bay South. Although the town’s state of emergency was only in effect for about a day, there was no mistaking the impact the storm had.

To help keep people safe, two young residents of Foxtrap took it upon themselves ensure that fire hydrants in the community were accessible to firefighters in the event of an emergency.

“Pretty much all the fire hydrants in C.B.S were totally banked in. We went to one, and the snow was halfway up the street pole – taller than me – and so I was thinking ‘How would a firefighter be able to get to that in time?’” said Anabel, noting the two house fires that ravaged homes in the community in the past few weeks offered reason enough to lend a helping hand. “We also helped out a few elders along the way. We’d see a few elders out around and stopped to help them clear some snow, and went up to the 50+ homes that are just up the road from us. When we were driving around looking for fire hydrants and we’d see someone out shovelling, we’d stop and help them, too.”

The actions of the Fagan siblings resulted in a snowball effect across the community, as many others took heart from their example and started clearing hydrants too.

“We were doing one up on Golden Road, and a relative took our picture and sent it in to the Town,” Anabel said. “After that, it seemed like every post on Facebook was everyone taking after it and going out to (clear hydrants) on their own roads … A lot of the comments I saw were from even more people who were talking about going out and doing it, too. Then, I saw someone else from Mount Pearl post on Facebook, saying that they were doing it because they saw so many people in Conception Bay South doing it.”

“Once we started doing it, it started a trend,” William allowed. “People were commenting on our picture saying how it inspired them, or their kids, to go out and do it. It just kept on going from there”

After a while, as the pair hunted down fire hydrants to tackle, they increasingly discovered them already shovelled out by people taking on the challenge for themselves.

Anabel and William admitted it was hard work, with some fire hydrants taking upwards of three hours of work sometimes.

So, will the pair be as eager the next time a storm buries the town to take on the hydrants again?