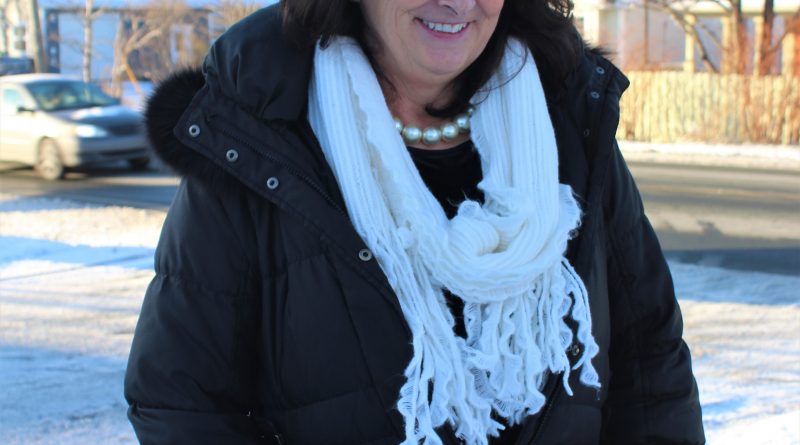 Although it was only a half-year for Helen Conway-Ottenheimer, she says 2019 treated her well as an MHA.

It was in May of 2019 when Conway-Ottenheimer was elected as the MHA for the Harbour Main district, replacing liberal MHA Betty Parsley who had served the role since 2015.

Conway-Ottenheimer is fitting into the new job rather seamlessly, putting on quite the successful stint ever since the May elections. The elections she describes as an excellent experience.

As with any new job, she says there was a big learning curve, with a jam-packed list of events to attend throughout the summer. Among them were some of Holyrood’s major Come Home Year events.

“I try to get there for as many things as I can,” Conway-Ottenheimer says.  “Right from North River all the way out to Upper Gullies, and everywhere in-between, so it was very, very busy.”

In many of the surrounding districts, the MHA role has been filled by a familiar face for some time. Making Conway-Ottenheimer a special case in her district as a newcomer to the scene.

She says that a big part of her early responsibilities was becoming acquainted with not only constituents, but with the various municipal councils and leaders throughout the district.

This, she says, helped her identify the issues facing the residents of the Harbour Main district.

“On a provincial level, I felt it was very productive for me to learn about, and to be able to advocate about some of the major issues that affect our district, as well as many other areas in the province,” she says.

One of the major issues being the apparent shortage of physicians in communities like Lakeview, Harbour Main, and Holyrood.

Another big issue, she says, is advocating for Newfoundland tradespeople getting Newfoundland jobs before companies look outside the province for workers.

“That’s something that I’ve spoken about in the House of Assembly, on my feet, in speeches,” she says.

“Advocating for jobs for Newfoundlanders and Labradorians first. My district is perhaps one of the districts with the most tradespeople in it, and so therefore it’s become a big priority for me.”

Infrastructure, and the state of the roadways, is something that many municipalities around the province are concerned about. Conway-Ottenheimer says that her district is no different, and that she has been adamant in vocalizing the concerns of the residents.

“I’ve spoken about this with the Minister of Transportation and Works (Steve Crocker) personally and directly. We’ve raised it in a number of news releases, and I’ve spoken about it every chance I get, really … They (the roads) need to be not only re-paved, but they need to be maintained.”

However, Conway-Ottenheimer says that progress is being made in this area, and she hopes that infrastructure concerns will become a thing of the past in due time.

The House of Assembly has become her outlet for raising these concerns, which she says come from the constituents of Harbour Main on nearly a daily basis.

“I think that the official opposition, our caucus were really successful in raising this issue in this session of the house. Myself, Barry Petten, and several other MHAs have really started with a barrage of questions during question period that are focused on that issue, and that’s really how we can bring attention to the issue.

“I have to represent the needs and interest of the people, and the roads have become a very big issue for our district.”

Alongside her role as MHA, Conway-Ottenheimer was awarded the role of critic for justice and public safety. Through this new role, she traveled to Ontario to visit the Southwest Detention Centre in August.

She says this gave her insight into the various things that she feels are needed here in this province, when it comes to similar facilities. Such as Her Majesty’s Penitentiary.

Going into the new year, Conway-Ottenheimer says she hopes to start providing residents of the district with a better opportunity to meet with her and discuss the problems facing Harbour Main.

She says that it can sometimes be difficult to put time away to meet with people individually, or even in groups when the House of Assembly is in session. To remedy this, she plans to start hosting town hall events in the communities within the district. These events will give residents the chance to meet with her and raise their concerns, opinions, etc.

“That’s one of my first goals going into 2020,” she says. “To increase access to myself, for my constituents. I think that’s a good way to start, and that way I can get a good representative feel for what the people consider to be the most pressing issues.”

She says that while she feels confident that she has a good idea of what those issues are, it certainly could not hurt to open the door to more voices.

In terms of other goals, Conway-Ottenheimer speaks specifically about House of Assembly. She says there needs to be a change in the conduct that takes place within.

Following the controversies surrounding Christopher Mitchelmore, who was under scrutiny for the hiring of Carla Foote at The Rooms, despite a lack of experience, Conway-Ottenheimer believes democratic reform is necessary.

“If we are going to govern, we can’t just govern,” she says. “We have to govern ethically, and we’re not seeing that – as evidenced by the last few weeks. I believe it is incumbent on everyone, every MHA, to have higher standards, and I think that we can set the bar high. That’s what the people expect from us.”

Conway-Ottenheimer says the way things are handled inside the House, goes much further than the kinds of heckling that have been commonplace for some time, and that she was anticipating.

“We’re talking about, well, for example, Mr. Mitchelmore’s gross mismanagement of public funds. I was surprised with the degree of misconduct that’s going on in the House. It was an eye opener.”

With these things in mind, Conway-Ottenheimer is looking forward to the coming years in her new role. With just under seven months under her belt, she says she is anticipating an exciting career in the province’s political landscape.