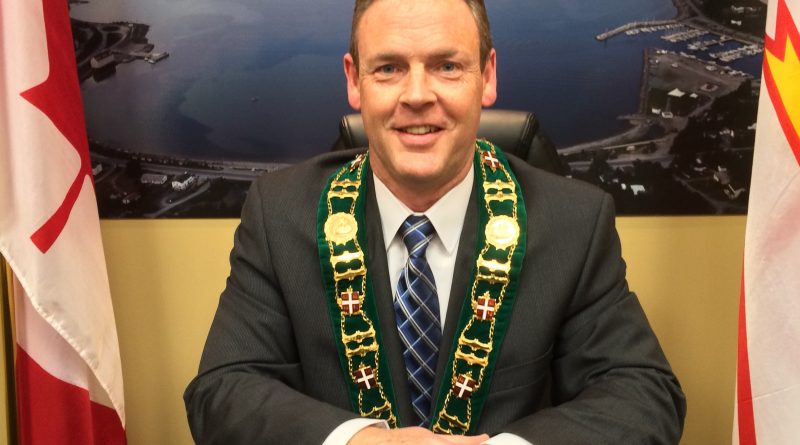 ‘It’s only going to get better from here’

Holyrood current growth can be traced back nearly a decade, according to Mayor Gary Goobie.

There’s been so much growth and change the community is currently in the process of becoming a brand new version of itself, he contended. Last year, 2019, he described as being one of the best yet in terms of development and a sign of things to come.

Goobie said it was back in 2009 that council decided it needed to lay out a solid plan for the town’s future. Holyrood was in a much different state than it is today, he added. Although not declining like many other Newfoundland communities in terms of population and the local economy, it was stuck in a lull.

The council was able to envision a plethora of opportunities, but simply did not have the resources needed to make immediate changes, Goobie said.

“There were a lot of things that needed to be put into place in order to start making the plan, so for many years we talked about planning and positioning the town for future growth and development,” said Goobie. “It was a step-by-step process. Now, we’re really starting to see the tangible results of that planning that began 10-years ago.”

Council’s first strategic plan was adjusted four years later. Those changes make up the blueprint the community follows to this day. Council has since developed a new 10-year plan to guide development through to 2022.

|In addition to the strategic plan, an organizational review was undertaken, where everything within the Town Hall from staffing to programs and services was examined.

“From (the organizational review), to the strategic plan, to the new town plan, we were able to set out on the journey of getting things done,” said Goobie. “All the staff, council, everyone was on the same page. We all had a vision of where we wanted to go.”

The first step was re-zoning a particular portion of the community as the ‘town center,’ so that Holyrood could capitalize on retail and commercial development. From that, came the concept of ‘The Stores’ – a name that stemmed from a common phrase used by residents of years gone by, when they refer to any small-scale local business as ‘the store.’

Goobie said the key to creating the future Holyrood they envisioned lay in attracting new, young families. The goal is coming to life in the various new subdivisions including Mountainview Estates and Marina Shores.

This past year, and in the coming year, Goobie said the town is shifting its focus from residential growth to commercial growth.

One of the biggest moves made this year in that regard was the approval of an application for the Grand Bank Preparatory School, which is hoping to have its doors open some time in 2021 to 2022.

More recently, a $26-million expansion has been approved by the town for the Marine Institute’s marine base. That expansion, Goobie said, is a big milestone.

“That’s going to yield a lot of benefits to the town directly. We’re going to see lots of students go through those doors every year, you’ll see researchers from around the world, and a lot of technology … a lot of activity happening in that area,” Goobie said. “From a town’s perspective, we know we’re going to see people with business ideas coming forward to capitalize on that. So, from that, you’re going to see employment opportunities and sustainable employment.”

With an increase in business activity in Holyrood, the mayor added, comes an enhanced tax base. “When you enhance your tax base, we’re able to improve our programs, services, and infrastructure, said Goobie. “It’s a win/win situation for everybody.”

Knowing this development was coming, the town, through the Oceans Holyrood Initiative (OHI), started encouraging developers to step forward to fill a new industrial park. That park was officially opened last month, and will ideally serve as a good area for the Marine Institute when it goes searching for more space, among a list of other users, Goobie said.

“That’s a big thing, because when you’ve got jobs coming to the community, you’ve got families who will want to move to the community. That all falls in line with the initial stage of our planning – to broaden our residential population,” he added.

‘The Stores’ meanwhile, will soon see the opening of 6,000 square foot building that will house a doctor’s office and pharmacy.

Goobie said there is also a microbrewery on tap to set up shop in the town center, although this is still in the early stages as the town undergoes a regulation amendment to accommodate it.

With an increase in population, so too comes an increase in the number of senior citizens in a community. Goobie said the town recognizes the unique needs of this particular group.

This year marked the construction of the community’s fifth seniors housing development, located midway along the south side of Holyrood.

In terms of recreational services, Goobie listed a new playground at Highland Park, and a North Arm playground that is currently in the works. A dog park and community garden have proven to be major hits with residents and visitors alike this year, and upgrades are coming to the community’s soccer field in 2020, which includes the physical raising of the field to avoid future water issues, Goobie said.

Aside from commercial and economic development, Holyrood also saw plenty of infrastructure work in the last year or so. That includes paving and upgrading of a number of roads, and extending and upgrading the waterline along Salmonier Line.

“We also have an armour stone wall that’s set to go up on North Side,” said the mayor. “That’s gone to tender, and we’re in the process of preparing for that construction. There’s some rock blasting and whatnot that needs to happen. That’s going to mitigate a problem we’ve been having on North Side, and that’s the water that often goes up over the road in that area … it’s been causing safety concerns, so we want to improve that whole area. From there, we want to implement some floating docks, and to continue to accommodate boats in the area. That’s because that area is slowly starting to become a new marina. We have to start somewhere, and that is with the armour stone wall.”

“I remember looking over at the boardwalk, and it spanned from the marine base, almost all the way over to the festival grounds,” he said. “Some (of the families) even had their own family reunions.”

Goobie said all the progress Holyrood has seen in the last 10 years could not have been done without the work of town staff, who he says are nothing short of dedicated to the goals set out by the council a decade ago.

Looking ahead, Goobie said he and the rest of council hope that 2020 will be the year the town’s heritage will find a permanent home in the form of a heritage museum and art gallery, labeled as Holyrood’s 50th Anniversary Legacy Project.

“We’ve got to go through this process before we achieve any of these goals we’ve laid out,” he said. “We’ve got to build this residential base that will make it solid for these potential investors to come in. Holyrood, right now, is on the go. I say we’re a town that’s on the move, because it’s only going to get better from here.”

One thought on “We’re on the move”