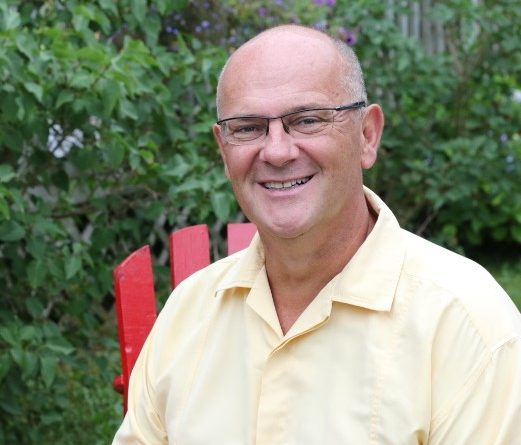 Paul Dinn served the people of Paradise for years as a member of the town council, but 2019 was his first year serving at a provincial level.

“The hardest part for me was leaving council with a lot of unfinished business, things I wanted to get done,” said Dinn, who was elected to the House of Assembly in a Jan. 24 by-election following the resignation of former MHA Paul Davis.

One of those tasks, he said, was making council more open and accountable.

“I think we moved a bit in that direction. I still think there’s lots to do. So, it was difficult leaving something that you still had work to do on. But yet, I enjoyed moving into the House of Assembly and speaking up for the residents of Topsail-Paradise. You may recall, I was scrumming the first day. I really jumped into it.”

Dinn served on council until near the end of February, and just had time to catch his breath before he was out pounding the pavement again in the May provincial election. Like the prior by-election, he earned 61 percent of the votes.

“You go from the by-election, where you have a huge number of supporters from the party, and different people coming forward, and all the MHAs at the time helping you, and you’re learning that it’s a little bit different from a municipal election,” said Dinn.

The general election was a different experience — with everyone busy working on their own campaigns, Dinn had to rely on his core of family, friends, and volunteers.

He said having experienced a by-election just months previously made the campaign much easier.

“It gave me an understanding of what had to be done,” he said. “Plus we were working with data that is relatively fresh, so that made it a little easier.”

And given the state of provincial politics, where the governing Liberals are hanging by a hair in the legislature that is nearly evenly divided between government members and MHAs for other parties, Dinn could find himself out knocking on doors once again before the scheduled 2023 election.

He has heard the speculation that another vote could come within the next 18 months to two years.

He noted that should Premier Dwight Ball step down, it could happen even earlier.

“There’s a lot of balls in the air, pardon the pun, about what may or may not happen,” said Dinn. “I don’t think the pubic are anxious to have people out banging on doors again anytime soon. I’ll just keep to what I’m doing, and when the time comes to vote, hope that people will still vote for me.”

Dinn said that he has seen plenty of good things happening in Topsail-Paradise this past year, including the creation of community gardens, an increase in accessible transportation, improvements in water and sewer and road conditions, as well as increasing safety at school zones, including the Town of Paradise’s decision, as per Budget 2020, to put crossing guards near school intersections— something he said he had previously lobbied for while on council.

“Back in 2015 I had actually campaigned and lobbied council for crossing guards,” he said. “Unfortunately, at the time council didn’t have the appetite for it, but I noticed just recently know that they’re looking at putting in crossing guards.”

He also commended the community building in Topsail-Paradise district.

“There’s a of community involvement, it’s very much a family-friendly district. If we keep doing that, we’re going to help ourselves in the long run,” said Dinn. “Keeping kids involved in different activities is a plus.”

There is also a lot Dinn looks forward to in the coming year; he remains hopeful government will continue moving towards better collaboration, and he is excited about the construction of the new junior high school in Paradise, a growing volunteer and business community, and the potential construction of a community centre in CBS.

Despite the positives, Dinn said he foresees several challenges facing residents in 2020 that need to be addressed.

“Route 60 through Topsail area needs some major work in terms of shoulders along the road. The 1.6 km busing for schools is something we really need to start addressing more seriously. Water and sewer is something that’s always on the agenda,” said Dinn.

Accommodating ATVs on the T’Railway, caring for an aging population, and the controversial cabin trash tax are all issues he anticipates facing in 2020.

Drug addiction said Dinn is another growing problem in the district.

“We’re going to have to eventually start addressing that down the road,” he said.

With almost a full year of provincial politics behind him, he admitted there were some surprises along the way — the lack of decorum being at the top of the list.

“To see what goes on that’s not on camera, people talking and heckling and so on, was a little bit surprising to say the least,” said Dinn.

“My biggest disappointment is with the House of Assembly itself and how it been operating and what’s been going on there for the last number of weeks and months,” he said. “It’s really, really taken away from our opportunity, as representatives of the district, to voice the opinions of the constituents. When you’re arguing about the Mitchelmore situation, or (Fisheries Minister) Gerry Byrne, you’re occupying time in the House for that, it’s taking away the time to do what we’re supposed to be doing, working for the people. And that’s been a huge disappointment… We didn’t have to go through four days of debating Mitchelmore. We’ve got to get that out of the House of Assembly.”

Dinn is a member of the Democratic Review Committee; an all-party committee formed this past winter to review democratic processes in the province to improve procedures and policies.

“If there’s one thing I’ve seen in the short time I’ve been in there, it’s that we do need some reform on how the House operates and how we operate through elections and such,” Dinn said. “It reflects badly on all of us. I can only depend on the people in my district, who know me and know how I operate, and I can only depend on my own reputation in that respect.”

Dinn said with so many new MHAs elected in this past election, he’s optimistic that change is possible in 2020.

“We have a huge opportunity here, we collectively, the whole House of Assembly, and the province, when you have a minority government, and you so many brand new people in there,” he said. “These are people coming with fresh ways of doing things, they are certainly coming across as being honest, open, and accountable, and want to do the right thing. I hope they won’t get tainted. I won’t. If that ends up happening, then I’ll probably end up somewhere else. If we continue to do what’s good for our district, and it’s the people in our districts who elect us, then I think we’ll be alright. But when theses things happen, it’s like a one clown circus. And that clown gets all the attention. But this is what is happening in there. It’s really, really terrible.

We can learn so much from our kids. I go around to our schools and see what happens for bullying awareness week and these things, and it’s terrible when you’ve got to say that the people in the House of Assembly, some of them, not all, really need a good lesson in anti-bullying. It’s a poor reflection on politicians in general.”

Dinn said he’s looking forward to serving the district, with all of its ups-and-downs, in the coming year, and said that if you have an issue, call him.

“I can only help with issues I’m aware of,” he said. “I don’t have a crystal ball, but in anyway I can help anyone, I’m here for that”

That advice applies to town councils as well.

“I tend to get more requests from the council in CBS than I do in Paradise, which is interesting since I served on Paradise council for so long,” Dinn said. “As an example, with that whole situation with the waste treatment plant at the end of St. Thomas Line, people were asking me many times about that, and what was happening, and I would say ‘I’ve heard crickets when it came to any kind of request from the town.’”

Despite the challenges, it’s still a job he enjoys.

“People ask me if enjoy what I’m doing. Surprisingly, I do enjoy this. Outside the theatrics in the House of Assembly. I make myself accessible. That’s the best I can do for anyone. They can bring issues forward, and I can follow up on them, and do what I can for them. I’ll continue to do that.”