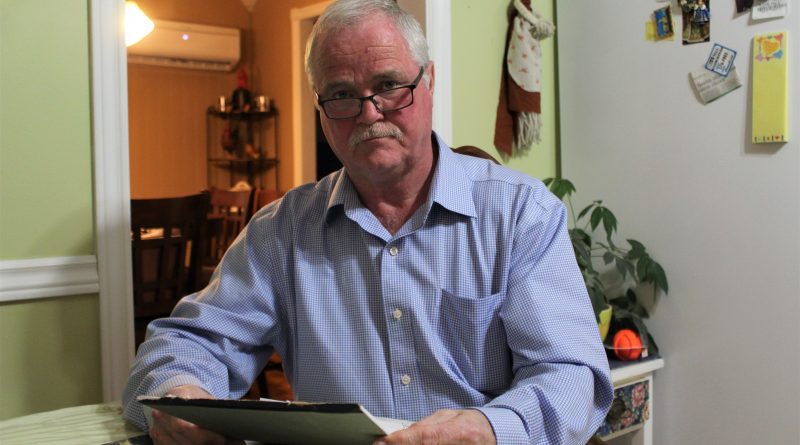 A Lakeview man is calling on the government to step up to the healthcare plate.

Hubert Ryall considers himself one of the lucky few who have access to something that has become something of a luxury in outport Newfoundland in recent years, namely a family doctor.

This past summer, in neighbouring Holyrood, one of that town’s two general practitioners closed up shop, reducing the already low number of doctors in the region.

This is something that small communities across the province find themselves struggling with, said Ryall, arguing it will only get worse if the powers that be do not step in.

Ryall said he is afraid that if things do not get better, he and other senior citizens will be among the first of the province’s population to feel the negative effects.

Ryall, who has a history of undergoing back surgeries, said the system will need a substantial re-work if the province hopes to stay afloat, healthcare-wise, and that includes raising the wages offered to general practitioners.

“We can’t recruit anybody coming out of Memorial University, and we can’t recruit them from any other provinces, because they’re the lowest paid here,” said Ryall. “If we can’t bring anybody in, then how are we going to have doctors for all the seniors living in the province?”

Without access to a general practitioner, Ryall said, many seniors – especially those living in rural communities – will be left with nowhere to go in the event they need a referral to a doctor, surgeon, or specialist.
“Let’s assume a senior goes in to get surgery. They go home, and they’re supposed to go back to their family doctor, but what if they don’t have one?” said Ryall. “Who refers them to the specialist in the event that something goes wrong? Do they keep on going back and forth to the hospital? When you’re in the outports, you’ve got quite a long distance to travel. To put it simply, if we don’t have the general practitioners, we’re headed toward a big crunch in the healthcare system.”

For a senior living in Harbour Main-Lakeview-Chapels Cove, such as Ryall himself, a trip to the Health Science Center means an approximately 45-minute drive, he said, assuming they have access to a vehicle at all.

He noted that one of the major benefits of family doctors is their proximity to their patients, which would help in reducing the frightening possibility that a senior in need of medical aid would not be able to get to a physician.
Ryall said the Eastern Health Office located in Holyrood could prove to be useful, in the event the province is able to boost the number of general practitioners somehow.

“We’ve got a great big Eastern Health building over in Holyrood, yet most of the people have to go to St. John’s to even get something as simple as bloodwork … that doesn’t make sense to me,” he said.