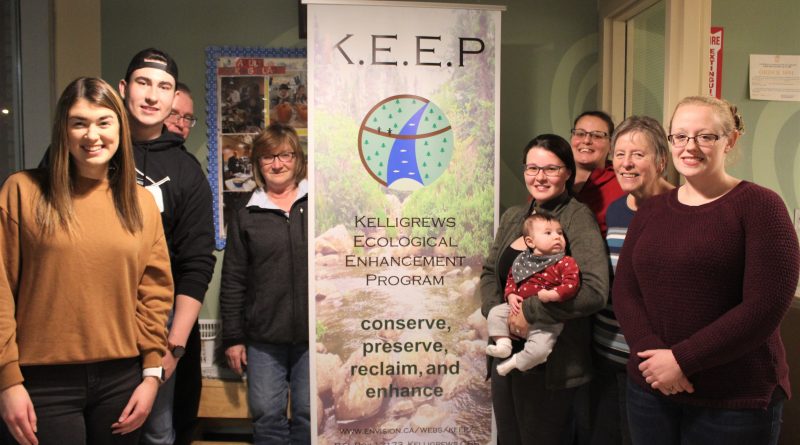 The Kelligrews Ecological Enhancement Program, better known as KEEP, is hoping to expand its numbers.

The group held its annual general meeting last week, at Sobey’s Community Room in Long Pond, where members reflected on the past year and laid plans for 2020.

The group, which is 20 years old, aims to preserve the wetlands, forests, and beaches in the region, specifically Farrell’s Grove, Kelligrews River and Pond, and Gully river and pond.

Chairperson Karen Morris noted one of the highlights of the past year was the outdoor classrooms operated by KEEP.

Morris also addressed a current concern, excess silt flowing from a quarry near the former Conception Bay South incinerator. She said that siltation is a continuing problem, and has resulted in the clogging of Nut Brook, which is a headwater for most of the rivers below it.

Quarrying presents a lot of challenges to the environment, and those fighting to preserve it, according to Morris. She explained that the type of soil found in Conception Bay South is ideal for the creation of concrete. As a result, quarries are in abundance, which in turn results in an abundance of silt in the waters.

“We have been at the government for a long time to change legislation to help with this, and they are talking about doing something,” she said. “I just don’t know when.”

KEEP has also been talking with Pennecon Limited, one of the province’s biggest construction companies. Morris was glad to report the company is rehabilitating every five hectares of land when completing a project.

Still, Morris said, KEEP’s work is far from over, despite various successes throughout the years.

“Different issues get resolved, but it seems that just as fast as we can get something resolved, something else is causing another problem or issue,” Morris said.

During the meeting’s election of officers, most officers and directors agreed to retain their positions, including Morris as chairperson and Stephanie Pink as vice chairperson.

The AGM also saw the introduction of one new member, Kate Taylor. There was a consensus among the membership of a need to get more people involved, especially as some of the longstanding members find themselves with more personal responsibilities outside of KEEP.

Morris accepted her nomination as chair again this year, but said her time in the role is soon coming to an end, despite her desire to remain with the group.

“I think we should start getting the word out there more that we need people. Let people know that KEEP is looking for, for example, someone who is willing to take over as chair … If you don’t ask, it won’t happen,” said Smith. “If we need someone to replace Karen in the future, then we need to be acting on that now.”

There was also an interest expressed in recruiting more young people.
“Wouldn’t it be nice if young people wanted to take this on? You hear plenty of youth these days talking about climate change, and attending these rallies, they want to protect the environment and make the world a better place,” said Smith. “Well then they should come and make something like KEEP their own.”

Member Brad Strang noted the group has not been in the public eye for some time, resulting in some people not being aware of the organization’s existence.