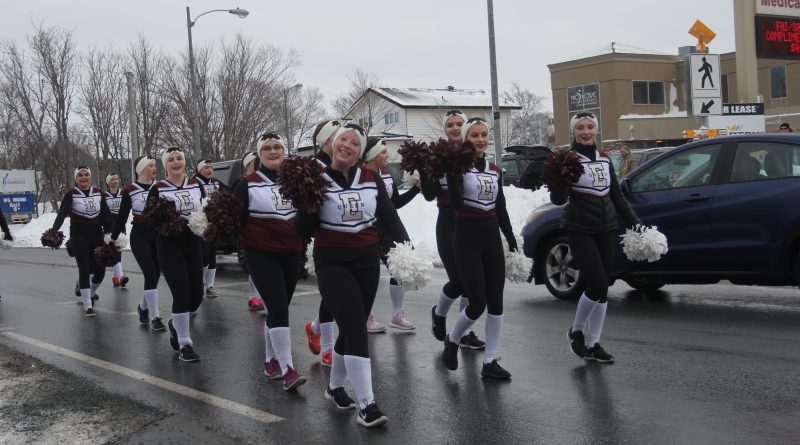 There are some changes incoming for this year’s Santa Claus parade in Conception Bay South.

For the last 62-years, members of the Kiwanis Club of Kelligrews have been the sole organizers of the Santa Claus parade in Conception Bay South, which on occasion stretched as far as 20-kilometres, from Octagon Pond to Seal Cove.

This year, however, things are going to be quite different as the Club will no longer be the name behind the parade due to increasingly tight traffic and roadway regulations regarding such events.

In early October, members of the Kiwanis Club met with the Conception Bay South town council, and staff from the local RNC detachment, to discuss this year’s parade. It was there the Club was told that if was to go ahead with the organization of the parade again this year, there would need to be some significant changes behind the scenes.

One of the biggest factors coming from the discussion was the need for insurance to be carried in the event of something happening during the parade.

Don Abbott, who has been helping to organize the parade for the past 27 years, said the Club had grown accustomed to doing things a certain way. In the early days, he noted, there was very little in the way of regulations regarding such events, but he is not surprised to see things getting stricter.
As a volunteer organization, the 28-member Kelligrews Kiwanis Club simply can’t afford the premium that comes with insuring against accidents, mishaps and other events that could happen in a pageant that size.

“They told us we needed insurance for the entire event, we needed to draw up a game plan in the event of a fire, or something where an ambulance might be required,” said Abbott. “In order to use the highway, we’d need to get permission from the (provincial) Department of Highways, and the highway would possibly have to be shut down during the event. So, a lot of administrative work,” Abbott summarized, adding that even if they were to go ahead as per usual, they would still need the manpower to carry out traffic control along the route. “For an organization such as ours, it was virtually impossible for us to continue with it.”

But Abbott said he is glad to see that the parade will go ahead, organized this time by the Town of Conception Bay South, which has the financial and manpower wherewithal to pull it off.

Abbott noted there is no bad blood between the Town and the club, as the latter will still be involved in the parade, albeit to a lesser degree.

CBS Mayor Terry French said there will be some significant changes to the parade this time around when compared to the events of years gone by.
“Nobody likes change, and to tell the truth, there’s a part of me that doesn’t really like it either, but we’ve got to err on the side of caution and safety,” said French. “The Kiwanis Club has been stellar in this – they’ve always led the Santa Claus parade, and I know they realize just how big of an event this has become. There are a lot more I’s to dot and T’s to cross, and it has become an extremely big process for a service club to take on on their own.”

“It’s simply too big for a small service club to take on now, but we’ll still need everyone’s help, we still need all the service clubs to be a part of it,” said the mayor. “It’s a 62-year-old tradition that is about to change, and me being from CBS my whole life, and being a traditionalist, I’m not necessarily enjoying these changes, but it’s one of those things that we’ve got to do.”

Last year, the parade ran from Holy Spirit High School in Manuels to Upper Gullies Elementary, a nearly 10-kilometre long trek for the many youth groups and others who make up the marchers, dancers, and float participants. This year, the aim is to decrease the parade length.

The parade is taking place on Saturday, December 7 at 10:00 a.m. and will travel through the downtown area, leaving from Villanova Junior High and ending at the Conception Bay South Town Hall.

“Together with the Royal Newfoundland Constabulary, we have made changes to enhance the safety of everyone involved – participants and spectators,” French said. “We have shortened the distance and will now have a 4-lane road closure in place. Each year, the Santa Claus parade creates a lot of happiness, energy, and excitement throughout our entire town. By gathering our community together in the downtown core, we hope to create a sense of community bonding and holiday spirit. I would like to thank the Kiwanis Club of Kelligrews for everything they have done over many years to organize such an important, highly-anticipated event in our community.”

Although the change is a bit of a blow for the club, Abbott said it did not necessarily catch them off guard. He noted how a similar parade in Carbonear a number of years ago saw the death of a participant. Last year, a young girl in Nova Scotia who was watching from the sidelines died when she fell into the path of a parade float.

Abbott also acknowledged the possible dangers of throwing candy out of vehicles and float windows to nearby children – a major safety concern brought forward to the Town and Kiwanis Club by the RNC.

“We did see this coming, but we did not know the extent of the regulations,” he said.

Abbott said in addition to maintaining a presence in the parade, the Kiwanis Club is also working on a new event to celebrate the holiday season. The Mummer’s parade will take place on Sunday, January 5.

“We’re planning to try and put together a mummer’s parade, which won’t be on the highway, but instead will be on the T’Railway. It’ll go from the Kiwanis Club right up over the hill to RONA (On Legion Road),” he said, adding the specifics are still being worked on. “We’re getting a lot of interest in participation for it, so that’s something that’s likely going to happen.”