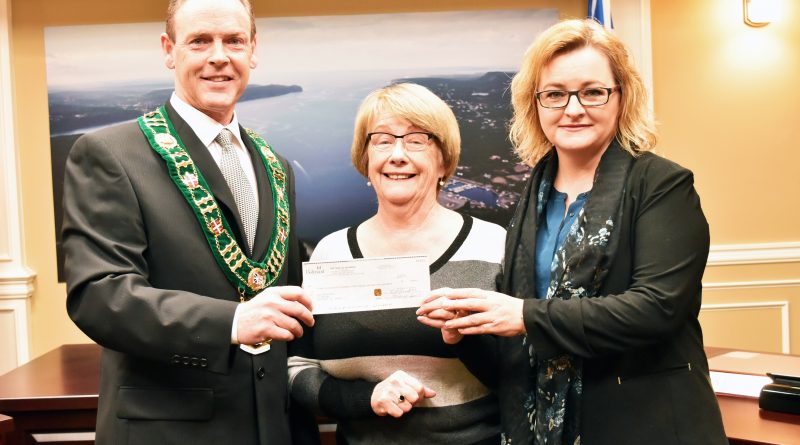 A new clinic offered by a private firm is helping some patients who were left without a doctor earlier this year when one of Holyrood’s two general practitioners left town, but the best long-term solution would still be a new permanent family doctor, councillors were told Tuesday.

The subject was raised again by councillor Kim Ghaney, who offered her colleagues an update on the situation. Ghaney, along with the Town’s economic development officer, have been meeting with Eastern Health to deal with the fallout from the departure of Dr. Sandra Whitty, who had a caseload of more than 2,000 patients in Conception Bay Centre.

“We did have a very productive discussion,” Ghaney said, noting a second meeting with Eastern Health is expected in the New Year to which Holyrood’s sister municipalities have been invited.

In the meantime, new medical services are being offered by Proactive Wellness and Prevention, a private company that offers everything from physiotherapy to massage, acupuncture and orthotics at its clinics in Mount Pearl and Clarenville. In Holyrood, the company has taken up space at the Eastern Health building and hired a doctor to work in a day clinic.

Ghaney said the company has been active in Holyrood for some years and this marks an expansion of its services. “It has the potential to fill the gap with a potential full-time service there,” she said. “For now, individuals can call for an appointment 24 hours in advance for medical appointments.”

The medical visits are covered by MCP and the doctor can schedule order tests and scans and make referrals to specialists, Ghaney said.

“I myself have recently availed of the day clinic, so I can attest to how it operates,” she said. “I must say it was a very positive experience and I would encourage anyone requiring medical services to reach out to them to make an appointment. It is terrific to have such an innovative business within our community.”

But Ghaney said the Town will continue working with Eastern Health to make sure the residents have access to the medical care they need.

Mayor Gary Goobie thanked Ghaney for taking the lead on the issue.

“I feel good about this,” the mayor added, referring to the new clinic. “I’m optimistic that this may result in something more of a permanent nature.”

“He came to Holyrood as a (just) out of the box, out of school physician back in 1979 or 1980,” Goobie noted. “He was a young physician, fresh out of school who invested in the community, started up a practice and 39 years later he’s still very actively involved.”

Councillor Kevin Costello asked Ghaney, who is a registered nurse, if she thinks the Proactive Wellness clinic is a “long term fix” for the town’s medical needs.

“It’s certainly going to meet the needs of many residents, but when it comes to chronic disease management… it’s really important to have ongoing, consistent support from a physician,” Ghaney said. “This (Proactive clinic) is great – I don’t want to downplay it, it’s wonderful news – but long term it is best to have a primary care provider in the community who can take on patients as their own.”

Combining that kind of care with the “one stop shopping” of health services provided by a company like Proactive, she added, would be ideal, because a patient could avail of a range of services, which is the model the Newfoundland and Labrador Medical Association would like to see care offered provincially in the future.

“I would encourage people to give it (the new clinic) a try,” Ghaney said. “I went in there, the physician was very enthusiastic, he listened, he seemed very, very good. But he’s rotating through. So, if I go back, it might be a different physician. But your (medical) records are still there… So, if there is a different physician, you do still get some level of consistency, because they have access to all your records there at the clinic.”