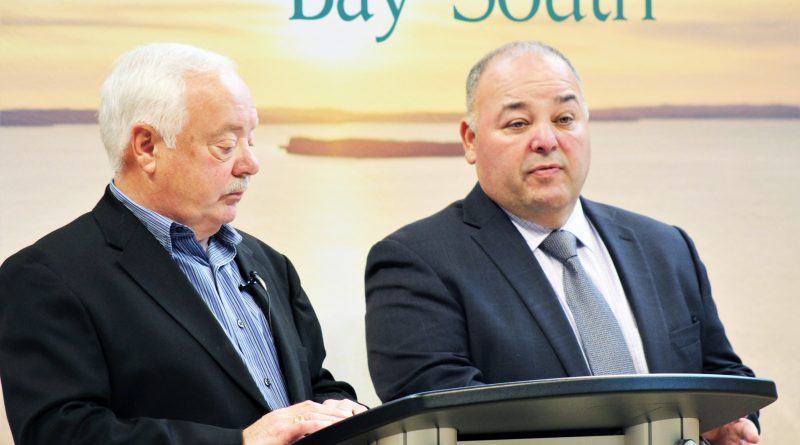 Conception Bay South council managed something rare Tuesday among governments of any type or size: it presented a budget that weighs in less than last year’s.

It contains no increases in residential or commercial property taxes, one of three goals council set for itself, Murphy said.

“Our first goal was to find ways to keep expenditures in check to ensure no mil rate increases for residents and businesses,” said Murphy. “We wanted to create a more sustainable future for Conception Bay South by managing our debt. Our third goal, consistent with the main priority of council, was to continue to invest heavily in roadwork and infrastructure projects.”

Murphy said all three goals have been met with this budget, despite some challenges.

Among them is a trend of decreasing property values across the province, resulting in less property tax revenues for municipalities. The province also just recorded its lowest number of housing starts in 50 years. While the town had to keep those factors in mind, Murphy said, CBS is a little better off than most municipalities, but has budgeted for less house construction this year.

Another challenge is the inevitability of higher electricity rates, with Murphy predicting some “rough seas ahead” because of that.

Nevertheless, the town is embarking on what it terms an “aggressive debt management strategy,” with plans to limit new borrowing and “make strategic use of cash.” That’s predicted to save taxpayers some $700,000 next year, Murphy said and annual savings after that of $1 million.

As well, there are no increases to water and sewer tax rates, said Murphy.

The residential and commercial mil rates remain at 7.15 and 11.5 respectively. This marks the second year for the town to decrease spending, while also maintaining a steady mil rate.

“Council has made prudent spending a priority, and that prudency is working,” said Murphy.

This year, the town incorporated an online tool for residents to have a direct say in what they thought were some of the most important budget topics. The tool gave council a solid grasp on what taxpayers want their money to go into, said Mayor Terry French. Their two main priorities, he added, are roads and infrastructure, with recreation coming in next.

Council is forecasting spending of $1.7 million on snow clearing with hopes for 24-hour, seven-day-a-week coverage.

New initiatives include plans to introduce online booking and payment for use of town facilities and programs, as well as online permitting and applications.

Some $30,000 is earmarked to allow for the livestreaming of council meetings.

“It’s been a long, lengthy, and very difficult process. I think that my colleagues on council would agree that this is a very good budget. The budget speaks for itself,” said Murphy.

“When (we) came here first, we had a couple priorities,” added Mayor French. “I thought that we spent too much in the town, and it seemed like we were going into the taxpayer’s pockets on a regular basis… I was convinced that we could chop out millions and millions. But, it’s a slow process and we’re getting there. We’re reducing our spending, but it’s not easy. We all have different things that we think should be the priority for a town, and it’s about finding that happy medium. I think, as council, we have done that.”