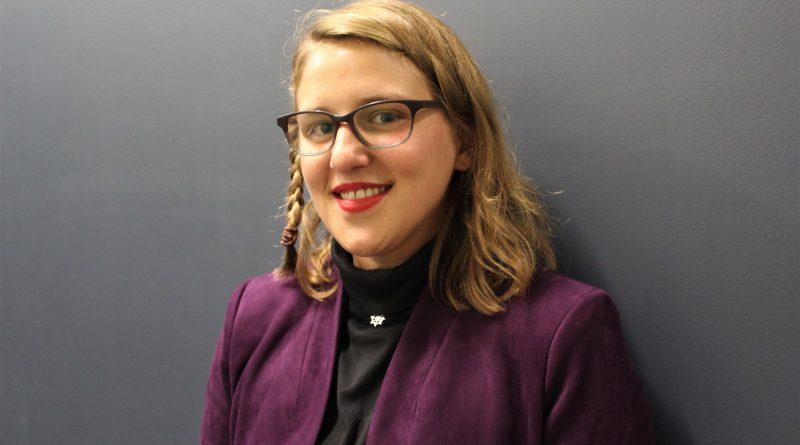 Lea Mary Movelle says the NDP will do what needs to be done to make your life better in Avalon.

“People should vote for me because I’m honest, and I’m being truthful about why I want to be in government. I want to be in government to represent community voices that I think aren’t getting fair representation,” said Movelle. “We have a very short time to deal with the climate crisis and the economic crisis, and to find a better representative governance for ourselves. Clearly what we’ve be doing isn’t working.”

Movelle is hoping that voters who are frustrated with past governments are ready to give the NDP a shot. But she will have to convince them not to maintain their support for incumbent Ken McDonald of the Liberals, who is seen by political watchers as having one of the safest seats in the province.

“We can make our politics work for ordinary people in a much more practical way then it does,” Mouvelle said. “People have grown increasingly frustrated with the back-and-forth between Liberals and Conservatives and listening to them argue about who sucks least.”

That line is redolent of NDP leader Jagmeet Singh’s zinger during the English leaders debate in which he noted that “Mr. Scheer and Mr. Trudeau are arguing over who will be worse for Canada.”

Movelle grew up on the rural Burin Peninsula, a daughter of the fishery.

“I consider myself, first and foremost, a rural Newfoundlander… part of what motivated me to offer myself as a progressive candidate for rural Newfoundlanders is that I know that there are people looking for that. And sometimes, it isn’t there,” she said.

Movelle attended Memorial University, where she earned a degree in political science.

“That opened my eyes to the complexities of how shared resources are used, and who benefits from them,” she said.

As a young woman with a rural background, Movelle said she would bring a fresh voice and unique perspective to the table.

Movelle attributes her passion for community and local resources — and to who most benefits from them, to her rural background and university education.

“The small-scale fishing sector is one I’m quite passionate about, and part of what’s driving my interest to get involved,” she said. “I don’t think that’s been an industry, like many others, that has been very well run. And I think a lot of people doing the hardest work are benefiting the least. I would be a fierce advocate for more local ownership and more local control over our resources, like the fishery.”

Movelle said that industry ought to benefit those in the community, not corporations, echoing the populist stance of the NDP platform which paints other major parties as rich folk working for rich folk.

“What worries me about the way that government tends to operate is that the people who are supposed to represent the community’s interest are not really representing them and they’re working with developers and corporate interests, sometimes at the expense of their communities,” she argued.

Movelle is also passionate about environmental issues, and as a self-certified climate activist, said the NDP was a natural fit for her. The party pledges to declare a climate emergency and act accordingly, aiming to eliminate carbon emissions by 2030, retrofitting businesses and homes to be more energy efficient, and electrifying public transit by 2030.

While the climate debate is often viewed as a battle of economy versus environment, Movelle said there’s no reason clean, environmental practices and good industry can’t go hand-in-hand.

“There’s no reason that a transition to greener public infrastructure and greener energy can’t provide a lot of opportunities for communities and empower them,” said Movelle. “I want that to be a focus in the transition to a green economy; taking care of communities and advocating for local control and management of resources.”

The NDP’s commitment to free national healthcare, including prescription drugs, eye and ear health, dental, and mental health, is another core of the NDP’s policy, and one that Movelle said would affect the everyday lives of Avalon citizens.

“I’m really impressed to see Singh and the federal party commit to taking care of people, like basic health needs like dental, and mental health care and pharmacare,” she said. “That’s something you can offer people that really affects their day-to-day life. Pharmacare, for example, would change my day to day life and improve the way I think about the jobs I’m willing to work. It would give me more freedom to live in the way I want and not have to worry about my employer having the leverage over me that they control my access to drug insurance.”