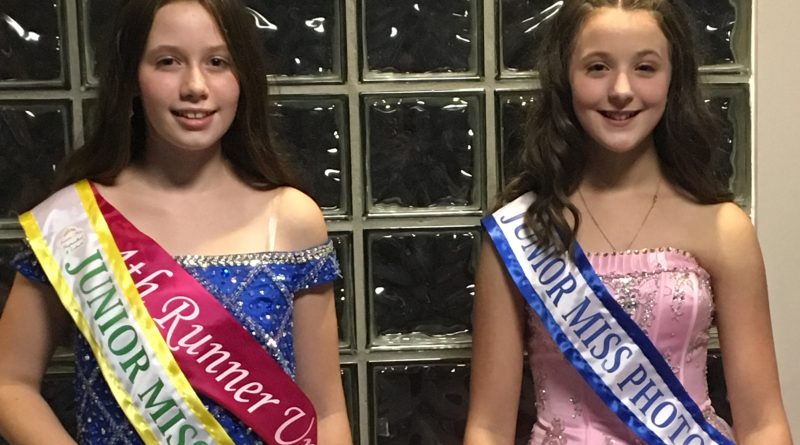 For two Conception Bay South girls, taking part in a pageant meant getting an opportunity to make new friends.

However, there are plenty of other awards and sashes given out during each year’s pageant, ensuring many of the other participants know how it feels to have their name called and recognized for the hard work they’ve put into it.

Julia Crawley and Chloe Jackson were among them this year.

Crawley came out of her very first pageant experience as Junior Miss Photogenic, and described the experience as fun and exciting. Now 12, Crawley she has been interested in the pageant since she first learned of its existence when she was 8. The seventh grader is already looking forward to taking part again in the coming year.

For Jackson, this was her third year participating. She said that the opportunity to meet so many people, and take part in so many different activities, is what keeps bringing her back.

“It’s not about winning – it’s about meeting great people and having lots of fun,” Jackson said.

Crawley is a student at Villanova Junior High, while Jackson attends Admiral’s Academy. The two girls were not even aware of each other’s existence until taking part in the show. Now, they’ve developed a friendship that will go beyond the stage.

Friendship was a big part of the experience for Jackson for more than one reason, given the fact that she came out of this year’s pageant not only as the fourth runner up, but as ‘Junior Miss Friendship.’

That prize is based on the votes of the other participants.

Being involved in a pageant goes well beyond simply dressing in extravagant outfits and taking to the stage, the girls added.

The pageant sees each of the participants memorize a speech, perform a talent on-stage, answer eight questions off the cuff, and even learn and perform a dance routine.

It can be tiring, but the girls were nothing short of enthusiastic about the experience.

“When they first call your name, I thought to myself, ‘Wait, me?’” said Jackson, laughing. “I was really surprised.”

The event included an optional fundraiser which saw the girls collect money for the Shriners Hospitals for Children charities.

The funds help with the transportation of children sponsored by the Shriners, to help them with out of province medical care.

Crawley sold candy kebabs at a craft fair, while Jackson opened up a lemonade stand and recycled plastics to raise money.

“I’ve been to a lot of craft fairs and always used to see candy kebabs there. I always wanted to try it myself and see how it went and, well, it turned out really good,” Crawley said.

Jackson said she simply loves to sell lemonade, reminiscing on the lengthy lineups that would gather at the front of her stand.