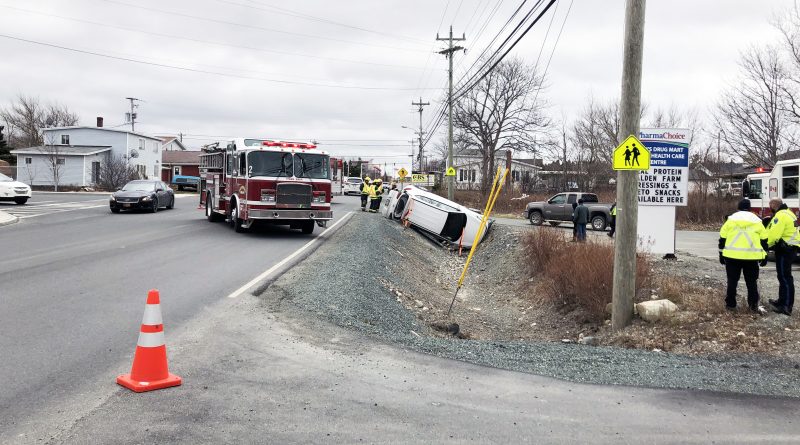 Home to one of the busiest fire departments in the province, even on a “slow” day, Conception Bay South Fire Hall No. 1 in Kelligrews is a beehive of activity during Fire Prevention Week.

The Station kicked things off with an Open House at the Fire Station on Sunday.

This year, there was a special adjustment to the schedule.

“Over the last year we’ve done a lot of work with the Autism Society, having everyone trained in autism awareness.”

Heffernan said the training helps firefighters be more cognizant of things that may affect people who have sensory concerns, such as bright, flashing lights, loud noises, sirens, and crowds. “A lot of things that we don’t even think of,” he said.

Though they didn’t have a large crowd for the sensory hour, the chief said the feedback was very positive.

The Open House drew a very large crowd for the other activities.

All through the week, the department will have groups, including Scouts, school groups, the CLB, and cadets, in to visit the station. Firefighters will also be visiting schools, post-secondary institutions, and other organizations.

“Thursday is our big day. It’s Fire Chief for a Day,” noted Heffernan.

Ben Lewis, a grade 2 student at St. George’s Elementary in Long Pond, is this year’s Fire Chief, and will spend the day with the firefighters.

But, it’s not all just about fun and games.

“It’s a week that’s set aside where there’s no other focus. It’s about getting the message out, not only to the young kids, but we want them to go home from school to talk about it at the kitchen table with their parents. We want to get the message (about safety and preparedness) to the parents as well,” said Heffernan.

It’s also a chance to show some appreciation for the volunteers.

While Conception Bay South’s two fire stations are manned by full time paid firefighters, that force is strongly augmented thanks to some 30 fully trained volunteer firefighters, including eight ‘core volunteers,’ who complement the full-time firefighting force.

‘It’s critical to the operation. Those people bring a totally different skill set, with completely different life experiences then we have just as firefighters ourselves,” said Heffernan. “What they add is unmeasurable. Everybody is busy, and has busy lifestyles, but they still seem to find the time to volunteer and help out the community when required.”

Heffernan noted that although Fire Prevention Week is only one week, fire safety needs to be practised all year long, and that the station welcomes inquires or visits throughout the year.