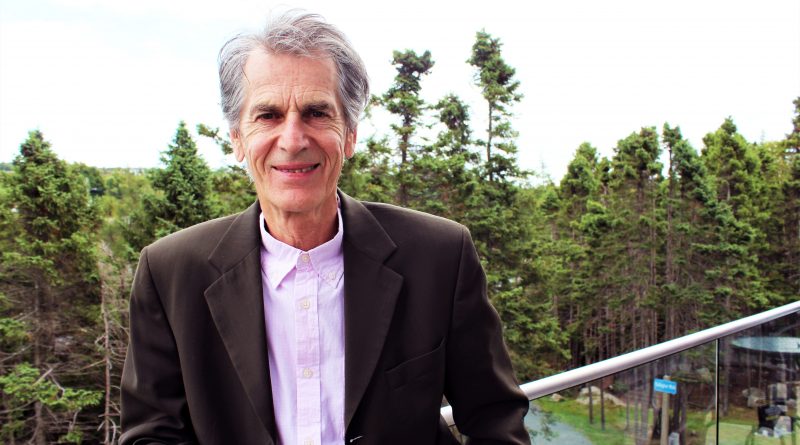 Malone all serious when it comes to Newfoundland’s environment, economy, future

Greg Malone says the Greens are the key to a better Newfoundland.

When people hear the name Greg Malone, they may think back to a time when he was an anchor in the popular, Newfoundland comedy troupe, CODCO and he and fellow comedian Tommy Sexton performed with the Wonderful Grand Band.

These days, however, Malone’s eyes are focused on the province’s political landscape. Indeed, of all the candidates running in this fall’s federal election, Malone’s name and face is probably the most recognizable. Not so much though, is the party he is running for, the Green Party, whom he is representing in the riding of Avalon.

This is not Malone’s first swing at politics. Nearly 20 years ago, he ran against a then popular PC candidate in the form of Loyola Hearn. Malone, who has since written a book on the history of Newfoundland’s confederation with Canada, said the transition from one party to the other is not something he anticipated, but it was necessary.

He had always been a fan of the New Democratic Party’s social policies, but one of the biggest things that led to making the switch-over was the freedom the Green Party allows its members.

“I’m an independent voice, basically, for Avalon,” Malone said. “I can talk about all the white elephants in the room I want, and make people look at the issues.”

Members of the other parties, he explained, have to report to a party whip and are confined to speaking only on certain topics. With the Green Party, he said, this is not the case. “The NDP is whipped, they’ve got to vote the way the leaders says. I would not have this independence there.”

But it is the Green Party’s focus on creating a more environmentally-conscious future that Malone said really captured his attention. Although he never intended to make a return to politics, he said, the desperate need for change has drawn him in again.

At 70-years-old, Malone added, it is not his own future that he hopes to change, but rather that of his grandchildren, and their children. To Malone, the future lies in working with the environment, instead of against it.

“I read what the scientists are saying. Stephen Hawking, arguably the Einstein of our age, died discouraged. He and all of the top scientists in the world put out a report saying it was too late, that we only have two choices – extinction, or escape. I’ve been listening,” Malonme said. “We have to believe in the resilience of life itself. We’ve been fighting and destroying nature for decades, and people say we’ve got to destroy nature for jobs, well, I’m saying the opposite.”

Malone pointed back to when the province was abundant with jobs in the cod fishery. Although those times were not always great, he admitted, the fishery was a sustainable foundation for the province’s economy. Now, there is nothing like that in the province, and the economy relies on one mega project after the next.

“And then, projects are up and it’s all gone,” said Malone. “No one can make payments on their big trucks, and everyone is in despair. That’s what happens. We have these boom and bust jobs, and the jobs that are there are just destroying the environment. People don’t feel good about that, they know the difference … People want to feel like they’re doing something good. There’s a real cost to destroying that lake, or that forest, and that has to be factored into your balance sheet. When you leave your project, I want that site clean, otherwise that cost is being transferred to me, or the taxpayer, or someone else while you walk away with hundreds of millions.

If it’s treason to kill the king, then how treasonous is it to kill the land the king is sovereign of?”

Malone argues the mega project approach to creating lasting employment is proving to be ineffective, and ultimately destroying the province. The only sustainable future entails working with nature. Malone’s vision lies in helping the transition to a green economy by taking advantage of Newfoundland’s light sweet crude oil. He would like to see oil refineries in Eastern Canada put an end to importing Saudi oil, and take on Hibernia oil, which has lower carbon emissions, instead. This could provide all of Eastern Canada with enough oil to last approximately 15 years while the changeover to greener energy takes place.

Malone said the local market is itching for change, and the change they want is right around the corner. He highlighted the increase in popularity that small-scale farming has seen in recent years, including in Conception Bay South.

Local, clean, healthy food could not only be a big financial boost for a province like Newfoundland, but also better for the environment than say trucking thousands of turnips to Newfoundland from Texas, he suggested.

“The market is booming for that sort of thing, because the food supply is so poisoned, and food is so expensive,” Malone said. “Why are we eating turnips from Texas that taste like cardboard, when you can get a nice, sweet turnip from CBS? That’s what I want, and I want the government to get on board and help those people. Subsidize them, and provide services that makes it easier for them to do that … I want a sustainable, stable, flourishing green economy for Newfoundland.”

Malone is imploring voters to look beyond the blue and red signs this time. He sees this federal election as a means for the country to step outside the norm and see what another party can do.

With the country tilting towards a minority government after October 21, Malone said the Green Party with just a few seats, could incur some real change for the better. With the help of the Greens, Malone said, Newfoundlanders could be proud of their self-sustaining economy.

“We need governments that match that enthusiasm, and that’s something we haven’t had,” said Malone. “People feel frightened to vote for the big parties, but the Green Party is all about giving our money to us, not buying rusty pipelines and paying off banks, but taking those billions and putting them into small businesses and renewable energy right here in Newfoundland. That’s what we’re about – using our tax dollars on us.”