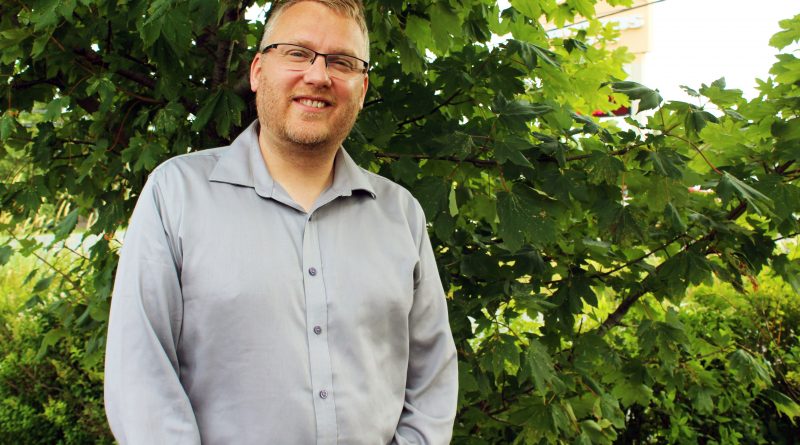 The owner and students at The Music Box Studio in Upper Gullies are breaking down some artistic walls this month.

Brett Vey of The Music Box Studio said the project has been in development for five years.

Vey explained Legends of Broken Rock: Fiddle is actually one fifth of the Broken Rock series that has been put together by The Music Box team.

Fiddle is the third segment in the franchise, and the first of the five to receive the on-screen treatment.

The other four parts of the series were put together and presented as stage musicals. Vey said producing a film like this is something that he had always been interested in, and Fiddle made for a good fit for the crew’s first jab at film production.

Each of the Broken Rock stories follow the life of a traditional Newfoundland family, starting from their departure from Ireland and entry to Newfoundland in the 1800s, and how their lives in the province changed with the times. Vey assured that knowledge of previous segments in the series are not required to enjoy the film.

Fiddle, being the third installment, focuses on a subject many Newfoundlanders are likely familiar with – fairies. In this case, the story revolves around a fairy who comes across a human family, falling in love with one of them and creating something of a love triangle between three of the main characters.

“There’s all kinds of conflict and, as is the case with any love triangle, someone ends up with a broken heart … but I can’t say too much!” Vey said, laughing.

The Broken Rock series dates back to 2015 when, at The Music Box Studio, Vey and the team put together a musical theatre class, challenging themselves to stage musicals at various theatres in the region.

The first musical was actually the fourth segment of this series, entitled The Black Headed Seagull, followed by The Search for Mary – the fifth installment, each boasting feature-length run-times of an hour-and-a-half.

“Due to the success, the cast was really having a fun time,” said Vey. “We were talking about putting together a little video, for memory’s sake, which then spawned the idea of turning the production into a full feature film … So, that’s what we started to do.”

The film has been in the works now for about five years. The actual filming took about a year. Right now, the crew is sitting on a system with about two terabytes – about 2,000 gigabytes – of storage that has been maxed out with scenes, scripts, and everything else that makes up a movie.

“We didn’t realize, when we started, just how big of a project it really is,” said Vey. “Every single line in the movie is said two or three times, and so the editing process alone seemed massive, once it was all said and done.

But, it was a great team and a great cast, and crazy enough, we’ve actually managed to finish it.”

Still, the process was not perfect and, as is the case with any first-attempt, there were some kinks along the way that Vey said the team needed to iron out.

One of those involved locations. With a team of around 27-people, Vey said it was difficult at times to find proper locations. There were times when the use of a green screen came in the clutch, allowing them to film in the studio instead of dragging 20-odd people down to a beach that was, more than likely, also filled with people not involved in the filming.

“Our collection of equipment that we have now is much better than what we started with, too,” Vey said. “We’d run into times where we’d realize we needed a better microphone, a better this, a better that, so over the length of the project, we were always adding to the gear we had access to. Now, with the project done, it feels like we finally have everything we need.”

Among the 27 people who had their hands in the process, Vey is credited as the writer, editor-in-chief, and producer. This means he is one of the few people who has already seen the final product from beginning to end.

Vey said Legends of Broken Rock: Fiddle is one of the few feature films to be created, shot, and produced entirely in Newfoundland. It will be, as far as Vey is aware, the first film of its kind to be produced and released for a wide audience in Conception Bay South.

“Production companies often come to Newfoundland and film, there’s plenty of cases like that, and there are also a lot of short films as well. But, to my knowledge, this kind of project is fairly unique to the province,” Vey said.

Being able to close the door on a five-year commitment has left him with a rewarding feeling.

“It really didn’t hit me until I was able to go to my computer and clear it off … As you can imagine, my computer was getting pretty bogged down with all the files, so being able to clear all that and save it to a drive was when it occurred to me that it was really all wrapped up. That was huge,” Vey said.

Legends of Broken Rock: Fiddle is set for its premiere on September 21 in Manuels. With tickets already sold out through Eventbrite, Vey is nothing short of excited to see how it will be received.

“As long as there’s no issues and things run smoothly, then we’re laughing,” he said.