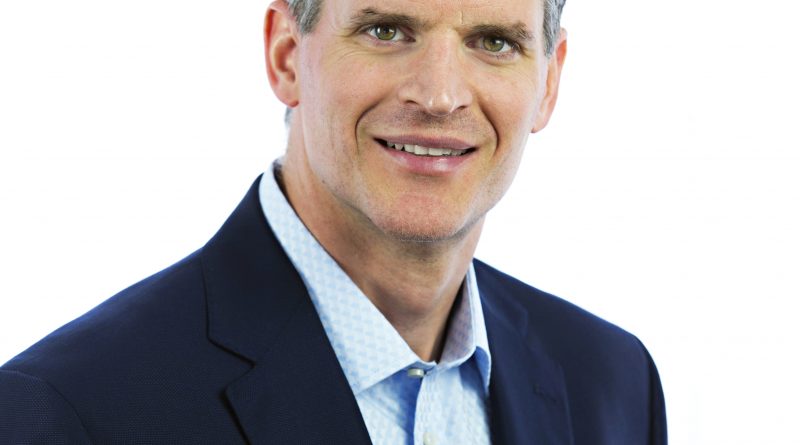 A former MUN basketball star is hoping to make a slam dunk for the Conservatives in the upcoming federal election.

Chapman, 40, lives in Paradise with his wife and three children, and is the Conservative Party of Canada’s Avalon candidate.

“Originally, I contacted the Conservative Party to find out who the candidates were. I wanted to be involved, I wanted to volunteer. To say that I’m frustrated with the current Trudeau Liberal government is an understatement,” said Chapman, a teacher. “And as we started talking more and more, the idea came up of what about me being the candidate?”

Chapman has a Masters of Education (in Educational Leadership Studies), a Bachelor of Education (Intermediate-Secondary), and a Bachelor of Physical Education from Memorial University of Newfoundland, and has been teaching for 14 years, in Dunville, Placentia, as well as in the metro region.

He was an active basketball player during his time at Memorial University, and was twice named an Atlantic University Sport First-Team All Star.

He hopes to bring skills learned in the classroom, on the basketball court, and volunteering with sports and community groups, to better the province.

“I’m frustrated. The last four years have been riddled with national scandal and embarrassment,” said Chapman. “We’ve got a steadily rising cost of living that puts less in your pocket. Our fiscal situation is a mess. We were told no more than $26 billion in deficits for the first few years and then a one billion dollar surplus by 2019. Well, it’s 2019 now and we’re running a 20-billion-dollar deficit (annually). We’ve added $71 billion to our debt since 2015, and there’s no plan for a balanced budget for years to come.”

Chapman is particularly concerned about the future of Newfoundland.

“There’s a mass exodus of Newfoundlanders leaving the Avalon district, and Newfoundland in general,” he said. “Many are leaving because they can’t survive here. We have to provide working age people and our upcoming youth with opportunities to stay here. That’s not happening right now.”

Chapman said the Conservatives approach to fiscal policy will help combat years of what he calls ludicrous Liberal spending.

“Our spending is just totally out of control,” he said. “$17,000 to fly a personal chef to fly to India to make Indian food?” he added incredulously, referencing to the price it cost to fly a celebrity chef to India to prepare a meal during Trudeau’s visit to that country in February of 2018, only one of several examples quoted by Chapman.

“It just goes to show a total lack of regard for taxpayers’ money and the Conservative government would cut the waste and live within our means,” Chapman said. “The Conservative government and our leader Andrew Sheer has been clear that we have to live within our means. If I want to go on a vacation this year and I need to fix the roof, I’m going to have to make a choice.”

Chapman also wished to refute the notion that the Conservatives are turning a blind eye to environmental issues.

“I’ve heard at the door from people that they don’t feel the Conservatives have an environment plan. I push back on that respectively,” he said.

It’s actually the Liberals, argues Chapman, who don’t have a plan.

“The Liberals don’t have a plan to address climate change. They have a tax,” he said, referencing the federal carbon tax which came into effect in April of 2019. “I can’t emphasise that enough. They don’t have an environmental plan. They have a tax. For them to get any achievement on the environment, they’re going to have to raise the carbon tax to 23 cents a litre. And that’s not Conservative talking points; that’s from the Canadian Parliamentary Budget Office.”

One of the ways the Conservatives plan to tackle climate change is with green technology, Chapman said. Green technology produced in Canada and used across the globe could do more to reduce global emissions than a tax imposed on Canadians, who account for less then two percent of global emissions, he argued. It would also, of course, be a good economic driver.

And more money for Canadians is what we need said Chapman.

“The number one concern by far is cost of living and affordability.

Everyone is feeling the pinch. It’s not fear mongering on my part, but it’s only going to get worse,” said Chapman. “We are in a bad situation in Newfoundland.”

He maintained the people he meets at the doors are also tired of Trudeau’s antics; perhaps most notably, the SNC Lavalin affair and the subsequent findings of ethics commissioner Mario Dion that Trudeau indeed did impose improper political influence on former Minister of Justice and Attorney General of Canada Jody Wilson-Raybould.

“People know about these things… and they’re embarrassed,” said Chapman.

And while the Liberal government is facing it’s share of public criticism over the SNC Lavalin affair, the Conservatives are facing public backlash following the uploading of a video of leader Andrew Sheer speaking against gay marriage in 2005.

“I would not be running for a political party that is looking to infringe on human rights,” said Chapman. “Andrew Scheer has made it very clear that this is a closed issue. We are not going to reopen anything with regards to abortion; we are not going to reopen anything in regard to LQBTQ. Those are closed issues. Rehashing these issues that are five, 10, 15 years settled, is only creating division.”

Chapman said the release of the 14-year-old video by MP Ralph Gooddale (who himself voted against recognizing gay marriage in 1999) was a desperate tactic by the Liberals to shift public focus.

“They don’t want to talk about their records, their scandals, their failures,” said Chapman.

Currently all seven incumbent MPs in the province are Liberals.

One thought on “Running blue in Avalon”