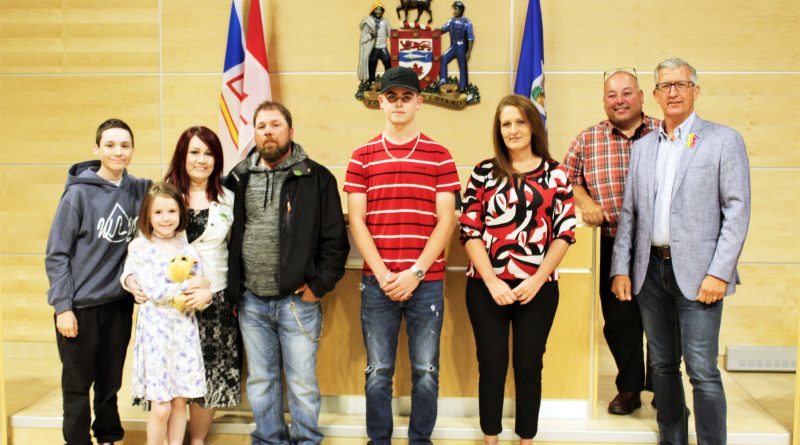 Don’t be alarmed if you see red lights shining across the town hall in Conception Bay South this week.

On Tuesday, a proclamation was signed that will explain the drastic change in lighting. It approves a decision to declare the month of September as Blood Cancer Awareness Month in CBS.

Starting Wednesday evening, Sept. 4, the lights around the town hall will be changed to red for an entire week to honour the efforts of people suffering from blood cancer to cope with and defeat the disease.

Mayor Terry French signed the proclamation Tuesday night, followed by words from some locals affected by blood cancer, including former Topsail – Paradise MHA and premier Paul Davis, who sits as a national board member on the Leukemia and Lymphoma Society of Canada.

During the meeting, French explained that the Leukemia and Lymphoma Society of Canada will be introducing a new campaign this month, called ‘Beating Cancer is in Our Blood’ campaign, with the goal of bringing awareness not only toward the disease itself, but to the organization as a whole.