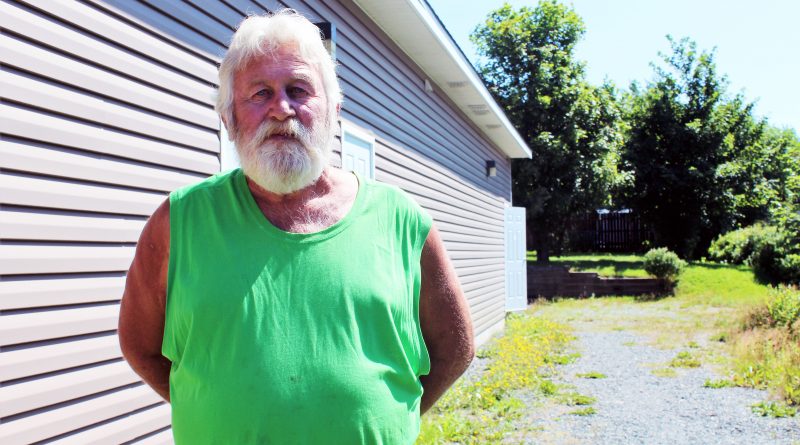 Rodney Hall and some of his neighbouring cabin owners in Holyrood are finding out that electricity and water don’t mix.

Hall is among a group of some eight cabin owners whose efforts to get pole lines strung to their area near Burnt Point Pond have been grounded because they live in a watershed. In this case, the watershed belongs to the neighbouring town of Harbour Main, though they live within the boundaries of Holyrood.

Hall said the group has been trying for two years to get connected to the provincial power grid. Newfoundland Power has even visited the area to map out where electricity poles could be placed, he added.

The holdup is the location – the watershed. Like most municipalities, Harbour Main has strict limits against development within a watershed.

Mayor Mike Doyle, who wouldn’t address Hall’s situation directly, cited Harbour Main’s Town Plan. “Within the Protected Water Supply land use designation, only uses that are directly related to the function of the water supply system will be permitted,” the Plan reads. “Other uses such as natural resources uses or passive recreation may only be permitted with the approval of the Department of Environment and Conservation Water Resources Management Division.”

Hall isn’t satisfied. He points to a dwelling down the river from his own cabin that does have access to electricity. However, it was hooked up prior to the Town Plan being passed.

Hall said he feels discriminated against.

“We’re fighting as a group,” Hall said. “We only want to put utility poles in … We don’t want make any big developments, like a building.”

Hall said the required poles would cost approximately $64,000 – a figure that could possibly be split between all the residents in his area, bringing the cost down to about $8,000 per household.

Hall and his fellow cabin owners have even asked the provincial government for help. Although nothing is set in stone, Hall said he left a meeting at Confederation Building feeling good about the situation.

In the meantime, Hall is relying on the power provided by four generators, a wood stove, and a myriad of propane-based appliances.

As he grows older, Hall said, he simply won’t have the energy or physical capacity to continue living the way he does.

“Our point is, we’re not hurting anyone. We’re not hurting the environment. We’re not doing anything to change the environment … Light and Power told us they can actually put the poles in the river that is the water supply, and it won’t be affected – they’re environmentally friendly,” he said. “So, what difference does it make if there’s electricity there?”
Hall is unsure what he will do if he can’t get Harbour Main council to budge.

“I cut my own wood and burn wood for heat. I just can’t do it anymore – if I don’t get electricity, I’ve got to move,” he said.

But could be tricky too, he admitted. Moving to an apartment or new home would make his cost of living skyrocket. And he would get little to nothing selling his property, because it doesn’t have electricity.

“We don’t want to do any more developing, or build on, or build another place,” Hall said. “We don’t want anything like that. Adding electricity to existing places that are there now, what does that have to do with future development? We’re people that have been there for years.”
chris@theshoreline.ca