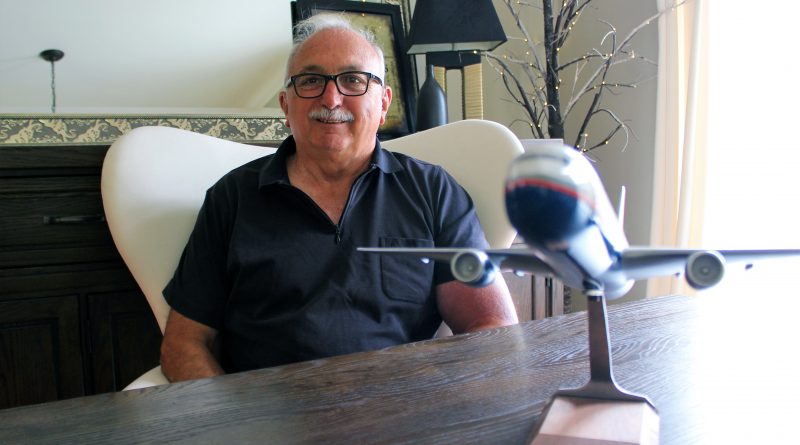 Some changes to national air regulations that took effect last month had their start right here in Conception Bay South.

As of early July, the first of two phases of new air passenger ‘rights’ were ordered into effect by the federal government.

In a nutshell, the regulations will see airlines take more responsibility when it comes to snags such as tarmac delays, denied boardings for passengers, damaged or lost baggage, transportation of musical instruments, and overall communication between airlines and passengers.

A second phase of changes in December will regulate how airlines deal with the seating of children aged 14 and under, and canceled or delayed flights.

While these changes should mean positive things for air passengers across the country, it was the efforts of a Conception Bay South man that initially sparked conversation on the topic, and brought it to a federal audience.

Woodrow French made the issue a national cause while he served as mayor of Conception Bay South up to 2013 and in the years since then.

French said he felt urged to finally act when, as mayor, he received a call from a resident who was upset that their daughter’s flight home from Halifax during the holiday season had been terminated.

This was around the same time that French was appointed to the board of the Federation of Canadian Municipalities. Thanks to this, French had a national platform, and he intended to use that platform to try and see some positive changes happen in the country.

His first line of action was to bring his ideas to council, asking that they pass a motion to support a call for an airline passengers’ bill of rights.

From there, French’s next move was to get a meeting with the transportation committee within the FCM.

“I told them what I was going to do, and asked if they would support me in taking the airline passengers’ bill of rights forward … that meant that it would then become an issue for the Federation of Canadian Municipalities to advocate for,” French explained.

As a result of the meetings French had been having, and all the lobbying on behalf of the Federation, an announcement was made for a new initiative called Flight Rights Canada, which aimed to provide a solution to the woes of Canadian air passengers. However, this move still left the remedies up to the airlines themselves, ultimately meaning that little progress had been made, as far as French was concerned.

“There were still issues going on – people were still losing bags … some people had $500 worth of things in their luggage, sometimes even thousands, and the only compensation they got was based on weight, which usually worked out to be around $250,” French said.

After his time in municipal politics, French continued to lobby. His goal was to see regulations put in place that were similar to the airline passengers’ bill of rights in the European Union. He says those regulations are fairly stringent, but would meet the costs of travelling in this day and age.

“If I bought an airline ticket, then it was a contract between me and that airline. If they broke that contract, then they should be required to compensate me for any expenses, and any inconveniences that I encountered as a result of that,” French said. “I think that the airlines have a responsibility to get you from point A to point B in a timely manner, all while treating you with respect. That doesn’t mean sitting in a terminal for four to five hours and being told nothing. It boils down to being about respect.”

After all the complaints and horror stories that had been brought forward by the Canadian public, the Canadian Transportation Agency was told to conduct studies and hold public meetings across the country to get input from travellers.

“That was a really good step,” French said. However, no meetings were scheduled for Newfoundland, so French paid out of his own pocket to fly to Halifax to make a presentation.

The upshot of the study and hearings was that Ottawa decided to act and announced that an air passengers’ bill of rights would be put in place in Canada. French admitted that was a very satisfying announcement to hear.

The first phase of the new regulations came into effect on Monday, July 15.

French was pleased overall with the changes – such as a new rule that a passenger can now claim up to approximately $2,100 for a lost bag – but reckons some issues will still come up.

“It’s a good first step, but it’s something that’s going to evolve. There will definitely be court cases over this, and there’s going to be rulings form the Canadian Transportation Agency. Some of those rulings will stick and be a part of the norm,” he said. “To see people compensated for their overbooking and bumping, it’s a good move. But, again, it has to be worked on as we go into the future.”

French has concerns over the way the regulations identify ‘small’ and ‘large’ airlines. Particularly, he sees potential issues for airlines in Labrador, most of which are considered small.

“A lot of our smaller airlines operate in the north, so if you’re coming back from Nain, and making a connection in Goose Bay and onward to St. John’s, but get stuck in Goose Bay, then the amount of monies that are offered under the bill of rights is, I think, around $200. In Goose Bay, it’s going to be hard to even get a room for $200, let alone your meals and transportation back and forth to the terminal … so that’s certainly a concern,” French said.

Still, French said, it is rewarding to see his efforts get to this point. Although he recognized that some things were bound to change, he is fairly pleased with the way things turned out after his nearly 13-year battle.

“It’s certainly gratifying. It was a long fight,” he said. “I want to encourage anybody that’s got an issue, and they feel that the issue is a good one, to stick to your guns and use everything that’s available to you to get your message across. But, be prepared for setbacks. Be prepared for naysayers.

But, stay true to your cause and you’ll get positive results, as has happened in this case.”