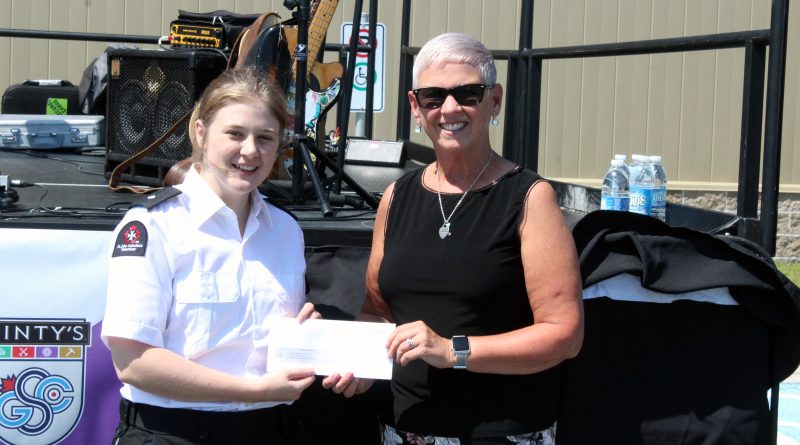 Grand Slam Curling is returning to Conception Bay South and the town welcomed it in a big way this past weekend.

The Boost, one of four majors on the curling circuit, will feature 15 of the best international men’s and women’s curling teams.

Teams will compete for points toward the Pinty’s Cup, awarded to the overall season champions, and $250,000, as well as a spot at the Humpty’s Champions Cup in Olds, Alta.

Korab lead a question and answer period, probing Gushue and Martin about their curling memories, the future of the sport, and how the sport has evolved.

“The last 10 years have really changed. And I think part of (the reason for) that is the Grand Slam,” Gushue said. “We get to compete so much on TV that we get a lot more exposure. Even after we won the Olympics and I travelled around the country, you got recognised a little bit, but certainly the last couple of years, because we’ve had six or seven Slam events, plus the Brier, plus some other TV events, the amount that we get noticed has increased drastically. And I think that’s great for the players, because it provides us a lot of opportunities for sponsorships and opportunities to travel the world. We’ve been to China, Korea, Russia, which probably wasn’t happening 20 years ago in the sport. And that’s going to continue to grow.”

The audience also had a chance to meet the ‘rock stars’ and ask questions of their own.

The nearly $17,000 in monies raised from the 2018 Boost National 50/50 draws was also distributed to seven local non-profits.