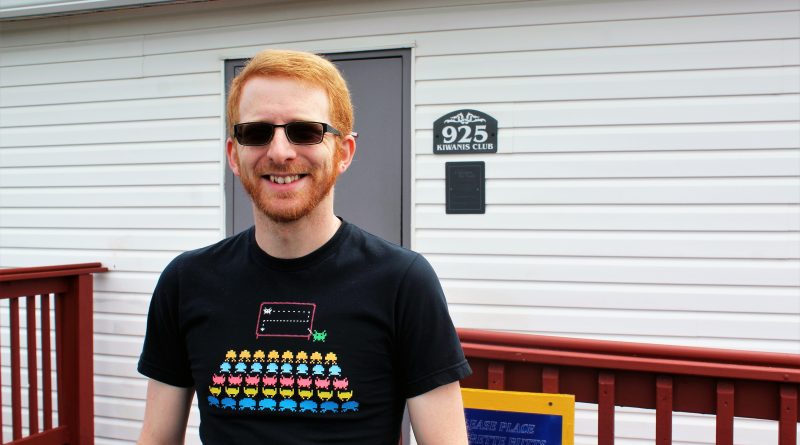 Retro gamers in Conception Bay South have something to look forward to this coming August.

After seeing nothing like it in the area, a CBS man is taking it upon himself to set up a tournament for gamers like himself with a fondness for video games of years past.

Matt Walsh describes himself as a gamer with fond memories of games like Super Mario Bros. on the Nintendo, released originally in 1985, and the various Donkey Kong games, released around the same time. Although video games have come a long way since then, Walsh said there is little that compares to the nostalgic feeling of sitting down with some of the classics.

Not only that, but he noted many of the newer games tend to be fairly long, making it much easier for him, a new father, to spend his spare time with something he’s familiar with from his childhood.

Walsh said he has been thinking for some time about setting up a tournament and catching up with some friends, but as time went on, they found themselves without sufficient space to do it properly.

“It’s something I’ve personally wanted to do for years. Even just a small group of maybe seven, eight, nine friends to get together and have some fun,” Walsh said. “We just never really had a venue for it. None of our own houses were really big enough for it, space was always a bit of an issue. After a while, I said, ‘You know what? Let’s just go a bit bigger with this … let’s get an actual venue, invite a whole bunch of people, and just have some good times,’ and so that’s what we set out to do.”

Now Walsh has locked down a location and date for the first competition. It’s set to take place at the Kelligrews Kiwanis Club on August 24, from 12-4 that afternoon.

It is going to focus around three classic games: Super Mario Bros., Street Fighter II, and perhaps the most well-known game of the bunch, Tetris.

Each game will feature its own tournament, with a winner being picked at the end of the day. However the challenges themselves differ between the games.

Super Mario Bros., will be played in speed-run fashion, with competitors racing to see who can beat the game the fastest. There are records held across the world of people beating the game in under five-minutes, making it one of the most competitive games to speed-run worldwide.

Tetris players will compete to see who can score the most points, and Street Fighter II will come down to which player can survive the most fights.

The event is not all about competition, however. There is a $5 entry fee with all the monies raised from this event going towards the Conception Bay South Family Resource Centre, which Walsh said was a major aid to him and his wife when welcoming their first child.

“Recently, we had a baby, and so my wife and I took advantage of what the program offers – we didn’t even know it existed until we had a child,” he said. “We found it really great, and I thought it’d be great to be able to give back to them in a way, and contribute to something worthwhile. Plus, it’s right here in CBS, so that’s always a bonus.”

Walsh allowed that while it would likely have been easier to set up the event in St. John’s, he wanted to keep it local.

“I grew up with this stuff, you know? In the 80s, I was playing Nintendo and all that, and it became a big part of my childhood,” Walsh said. “I chose these games because I think these are probably the most well-known. When I first posted about it (online), it seemed like almost everyone, even the crowd you wouldn’t really expect, recognized Mario and these other games, and were ready to come by and play. It’s so casual – nothing you need to spend 40-hours on. You can just turn the console on and go, and I think that works well for this kind of event.”

Walsh said they have four original Nintendo systems, two Super Nintendo systems, and a Sega Genesis, each with a television to match. This means that while one system may be used up with avid Super Mario Bros. players, participants can still spend time duking it out on Street Fighter II while they wait.

The event has already drummed up the interest of more than 30 people, and with over a month until it takes place, Walsh is hoping to see even more.

“I would love to make it a recurring event,” Walsh said. “I don’t know how frequent, but definitely more than once a year.”
chris@theshoreline.ca