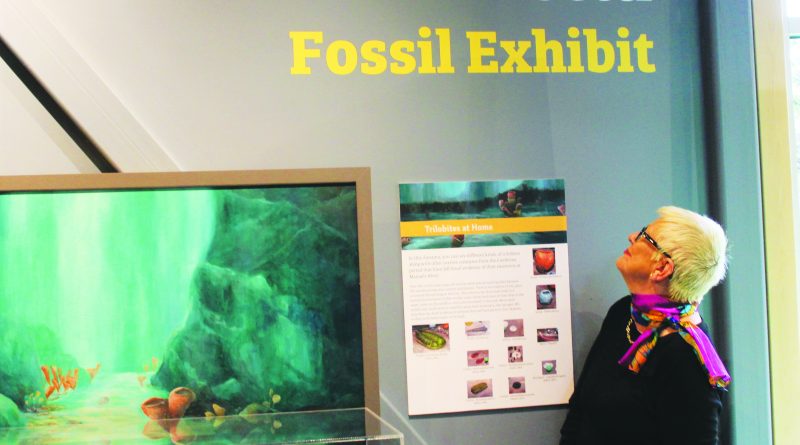 The fossil man of Manuels River is being memorialized for helping put the picturesque waterway on the map, so to speak, for geologists and paleontologists the world over.

Dr. Riccardo Levi-Setti, who was born in Italy in 1927, wore many hats throughout his life. At the University of Chicago, he sat as a professor of physics and paleontology.

Earlier in his career, Levi-Setti worked as a physicist. He explored subatomic particles, and even went on to discover the first hyperons and heavy mesons. His data helped direct international particle research throughout the 1970s. However, he is even better known for his research on trilobite fossils, work that solidified his position in history.

Levi-Setti’s interest in trilobites began in his early years, when he and his family were in hiding from the Nazis during World War II.

Later, Manuels River, where a large chunk of his trilobite research was conducted became one of his favourite places for carrying out the work, according to his wife Nika Semkoff Levi-Setti.

Through discoveries at Manuels, as well as other places, including Morocco, Levi-Setti was able to provide evidence supporting continental drift theory. His book, titled Trilobites was published in 1975, and features the famous giant Manuels River trilobite on the cover. The book has become something of a standard text for researchers in the field.

Throughout the 1970s and 1980s, Levi-Setti could often be found exploring and making notes along the banks of Manuels River.

Levi-Setti died in November of 2018, but his legacy lives on at the Manuels River Hibernia Interpretation Centre, where the famed professor now has an exhibit named after him, where visitors can learn about the trilobite fossils he spent so many years researching.

Levi-Setti’s wife, who was on hand for the unveiling of the exhibit on Monday evening, said Riccardo would have been humbled to see his name and efforts commemorated in this way.

Manuels River Hibernia Interpretation Centre chairman Don Sword, who along with his wife Pat were great friends of the Levi-Settis, even accompanying them on a research expedition to Morocco, was delighted to give the scientist some well-deserved recognition.

“He was a literal rock star,” Sword said. “Without the story of Riccardo Levi-Setti, this interpretation centre would never have been built.”

Sword explained that for some years, the Manuels River Natural Heritage Society was housed in a small chalet, across the road from the current interpretation centre.

Given the size, and inadequecy of this small location, there were talks of hopefully constructing a large-scale centre. Although it seemed like nothing more than a pipe dream to have a $6.5-million structure erected along the bank of the river, thanks to the value of Levi-Setti’s trilobite research, and the international interest it attracted, the facility became a reality.

“It was the story of Riccardo Levi-Setti, and his work on trilobites, and how the Manuels River fossils were the basis of his published research that demonstrated not only the actions of continental drift, but the processes of evolution itself, that sealed the deal,” Sword explained. “That is how powerful the story, the myth if you will, of Dr. Riccardo Levi-Setti was.”

Manuels River still holds a special place in the hearts of Levi-Setti’s family members, the site of many summer trips. The location was also the site of his final dig, just prior to the construction of the Manuels River Hibernia Interpretation Centre.

“Riccardo was introduced to mayors, and government ministers … he was even given a trilobite birthday cake after a scientific lecture. He was asked to start the bobbers at more than one Manuels River bobber race – which, he considered a singular honour,” Sword said, drawing laughter.

After his passing, Levi-Setti’s ashes were spread between the trilobite fossil beds on both sides of the river. A trilobite fossil from Morocco was also placed in the river, to commemorate the hard work and dedication he showed to those particular fossils too.

“In the 41-years we were married, I cannot recall a single time he did not make the arduous journey from Chicago to Newfoundland,” said Levi-Setti’s wife, Nika. “Compare that with the perhaps seven times he returned to Italy – the place of his birth.”

That’s why she chose Manuels River as the site for her husband’s ashes. “As he lay dying, I had to make the decision of where he would have wanted to be laid to rest. It instantly became apparent, that there was only one place – Manuels River,” she said.

“When (Riccardo) passed away in November, all of us here at Manuels River felt his loss on a very personal level,” added Sword. “We had lost a dear friend. Riccardo traveled the world, but Manuels River was where Riccardo chose for his final resting place. Together, with his beloved trilobite fossils for eternity.”