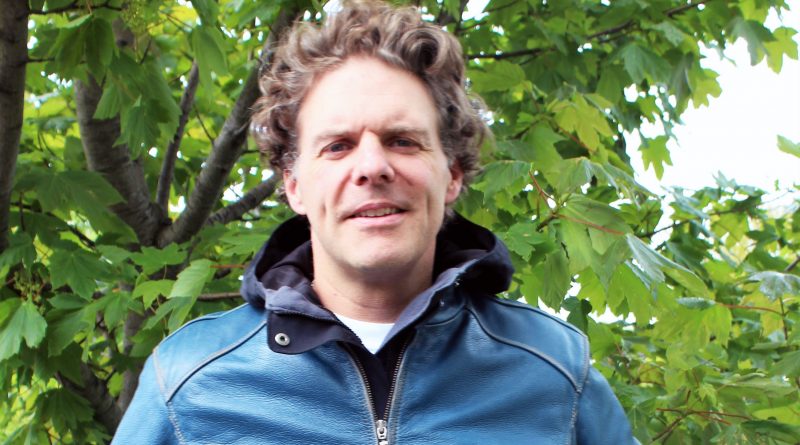 Jason Greeley’s newest track “Love Hangover” marks what could be the next chapter in his music career.

Greeley has spent a majority of his professional career outside the province. However, to many within Newfoundland, the name Jason Greeley evokes memories of 2004 and dialing in to Canadian Idol during its second season to vote for Greeley, who represented the province as the only Newfoundlander to make it to the talent show’s finals.

Greeley ultimately made it to the top four contestants, alongside some big names including Hedley frontman Jacob Hoggard, before he was eliminated from the competition. However, his career as a musician didn’t stop there.

Greeley went on to release two full-length albums. In 2005 came “Live… Love… Sing…” followed by a self-titled project in late 2009.

Although it has been close to a decade since Greeley’s fans were treated to an entire record from the country musician, his latest single, “Love Hangover,” may be the beginnings of new Greeley album.

Greeley sat down with The Shoreline to discuss the song, what it means for him, and what the future might hold for the Upper Island Cove native.

The song came about on one of Greeley’s many trips to and from his home province. He says, at the time, he was writing music alongside artists from Alberta, as well as Nashville, Tennessee. After being introduced through a mutual friend, Greeley crossed paths with fellow Newfoundlander Peter Newman. The two got together to collaborate on some songwriting efforts, and Greeley says the working relationship is like nothing he’s experienced before.

“I was home for Christmas – I’ve been away from Newfoundland for 13 years, but never miss a Christmas at home – and Peter and I had met over Christmas, and we just hit it off. The first attempt we made at writing together, we came up with this song, “Love Hangover.” We took the idea of being drunk on love, and just ran with it,” Greeley explained. “It was one of those songs that just kind of came out on its own. Newman and I just clicked, we were like two brothers.”

Greeley noted he respected the headspace that Newman would put himself in when writing – the kind of no nonsense work ethic that rang true with Greeley. The two got to working and, before he knew it, Greeley was looking at a complete song that was ready to go.

“That song is the first attempt, but we kept writing together for months after that. One after the other. A couple tweaks here and there, and we’re looking at almost a whole album’s worth of material … It wouldn’t take much to finish that and put it all together,” Greeley said.

Asked if an album is something he would like to see come of this work, Greeley had a pretty positive answer.

“I’ll say, most definitely. I think that’s a definite, absolute yes. I mean, at this point, I can’t see myself doing it without him,” Greeley said. “It’s like anything. People bring the best out of you, and some don’t. It doesn’t matter what field of work you’re in, if you’re working alongside someone who you’re not gelling with, then you’re not going to get the best result… If a producer wants to take your music one way, and you don’t, then it’s just not going to work out. With Peter and I, it was just easy.”

Greeley was also excited about some of the new experiences the song presented him with, such as the chance to familiarize himself with a new instrument: a guitalele. This instrument is, to the untrained eye, a six-stringed ukulele, and Greeley said it’s these kinds of experiences that keep his passion for music alive, even after all these years.

Since his last project, Greeley said his writing style has changed drastically, and so has his own personal tastes in music. While he is still a country artist, he hopes people will be able to recognize the ways he’s matured and grown as an artist over the years.

“I was scared there for a bit, in the country scene,” he admitted. “I didn’t know how to relate to the current state of the genre. But, it’s seemed to take a hard left-turn in the last four or five years, and there’s just so much good music out there now that I can hardly keep up with it. Guys like (Chris) Stapleton, Eric Church, Zac Brown, those guys, that’s where a lot of my inspiration comes from now. Somewhere in around all of that, that’s where I was going with this song, and I’m really happy with the way it all turned out.”

“Love Hangover,” can be found on most major streaming platforms, such as Spotify and Apple Music, as well as through his various social media accounts under the name Jason Greeley.