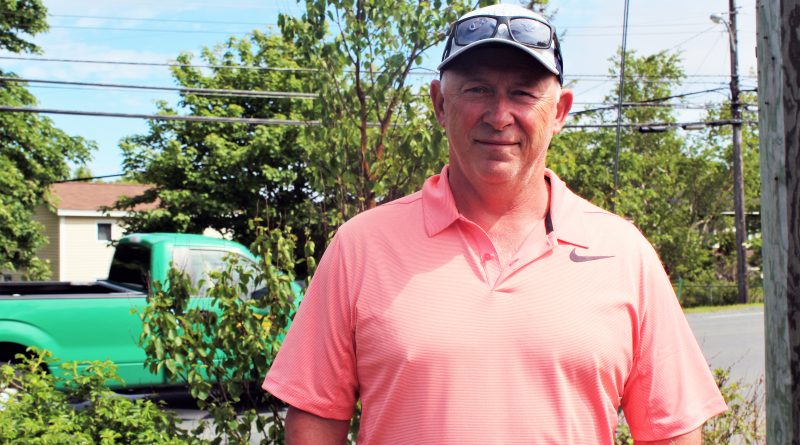 After 30-years teaching, Dave “Sarge” Tilley is turning off the lights in the gym for the last time.

For the past 22-years, Tilley has been running the gymnasium of St. Edward’s School in Kelligrews as the school’s physical education teacher. This past week, he retired, leaving the school for one last time.

Tilley, better known by many within the community by his longstanding nickname “Sarge,” has been a teacher in Newfoundland for 30 years. The first eight years after completing university, he found himself running between a number of jobs in the province’s school system. That is, until he landed the position at St. Edward’s, located just up the road and along the beach from where he grew up.

Now a retiree, Tilley says he is in no rush to find another part-time job or anything of the sort. Instead, he hopes to enjoy his time off by taking part in some of his favourite hobbies including golfing, hunting, and fishing.

However, it has not quite sunk in for him just yet that he has reached retirement. He told The Shoreline that it still feels more like the regular summer break as opposed to the beginning of his retirement.

“I’m excited every year in June, because we get two months off, so summer is always exciting,” Tilley joked. “For the past number of years, I’d start maybe in the middle of August, preparing myself to go back to work in a couple of weeks. I think it’ll hit me then, when I don’t have to go back. I’ll realize that I have all this time on my hands.”

Tilley admitted his final day at the school was an emotional one. Closing the door behind him for the last time was a difficult thing to do. Students and staff toasted the easygoing gym teacher, whom many appreciated for his ready smile and gentle coaching style.

“Of course, I knew the last day of school would be a bit emotional. Most teachers have got maybe 25 in a class, but, being a physed teacher, you get to know all of them,” he said. “Kids were crying, didn’t want to leave, grabbing the leg and the arm – it was pretty emotional, for sure. Some mixed feelings there.”

Still, Tilley allowed he was ready to move on to the next chapter in his life – retirement.

“I was ready to go – aside from the 30-years as a teacher, I’ve been involved in minor hockey, coaching teams and whatnot, so I’ve got pretty much 40 plus years of working with kids and stuff like that,” he said. “The last number of years, I’ve taken on the role of technical director with CBR minor hockey, so that’ll take up some of my free time this winter. I still really enjoy coaching.”

Tilley credits his love of sports for keeping the passion for teaching alive for the past three decades. He says that, for as long as he can remember, he’s been playing hockey. Since the age of six he has memories of playing hockey, soccer, and softball, sports he has practiced to this day.

Even now, some of the friends he has accumulated through his participation in these sports get together with him for annual golf trips and hockey tournaments.

Tilley says he’ll keep playing for as long as he is able to keep up with it.
Tilly’s wife Sherry also teaches at St. Edward’s, but has another year left before reaching her retirement. Tilley said he is looking forward to the retired life for both of them. “We’re definitely going to travel – we’ve actually got our first trip planned for August. I’m just looking forward to not being on a time schedule. I’ll keep busy, for sure.”

Meanwhile, there are things he is going to miss about teaching.

“I think one thing that I’ll really miss is a lot of the kids would come up and ask me for advice, and things like that,” Tilley said. “I’ll miss that part a lot.”
He also has some advice for young teachers who are starting on their own careers.

“Young teachers who are getting into the system now – be mindful, treat the kids and your administration with respect. If you’re talking to a child, they’ll be able to tell when or if you’re being genuine, and that’s important to them. That’s why I think it’s important to keep that line of communication open. When they come to you to talk, make sure you listen … Just do the best you can.”