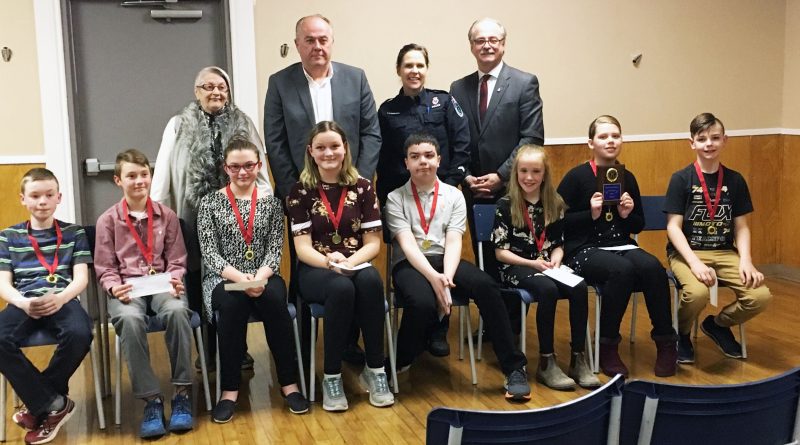 Given the success of the Kiwanis Club’s annual Spelling Bee at the clubhouse in Kelligrews last month, organizers are hopeful it will attract even more notice for a special anniversary that is coming up.

The club’s quarters were packed May 7 with excited children, alongside their families and friends, for the 47th annual competition hosted by the Kiwanis Club. It was a regional championship for students from Upper Gullies Elementary, St. Edward’s Elementary, St. George’s Elementary, and Villanova Junior High, with a total of eight students putting their spelling skills to the test.

The competition saw a total of three judges, including a representative from the RNC, the general public, and the MHA for the district, Barry Petten.
The 13-round competition saw the participants go back and forth as they spelled a myriad of words that, as the rounds continued, got progressively more difficult, starting with words like ‘cabin,’ and leading to more advanced words such as ‘amphibious.’

Jennifer Gushue of the Kiwanis Club told The Shoreline that as the event approaches its 50th year, the Club is hoping to raise awareness for the competition, with the ultimate goal of making it an even larger-scale event.
“We’re going to try and get more community awareness and try to publicize it a bit more,” Gushue said. “Fifty-years is a big thing, to have something ongoing in the community for that long. I think, once you hit the 50-year mark, you can receive heritage status from the Town. So we’re hoping for the 50th year to be able to incorporate stuff like that to try and make it even bigger and even better in the future.”

Olivia Greenslade of St. George’s Elementary was ultimately the student who took home the title of spelling champ. For her success, Olivia received $100, as well as a plaque and medal.

On top of that, her school, St. Georges Elementary, will receive a plaque to showcase for the year. This has been an ongoing feature of the Bee for as long as organizers can remember.

Each of the seven other participants also received a medal and $40, to commemorate their participation in the competition.