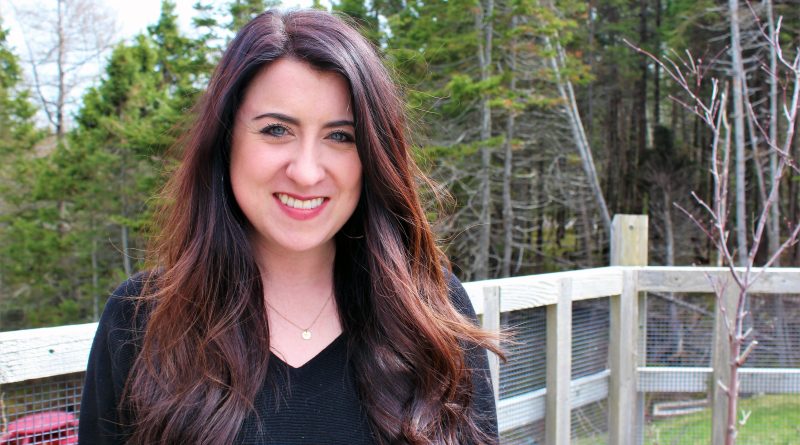 Mallory Johnson is no stranger to success in the music industry. Just recently, she added another accomplishment to the list.

Johnson grew up in Conception Bay South surrounded by music from an early age. It was evident to her, as well as everyone around her, that her passion for music would take her far in life, as long as she kept herself focused on the goal.

Johnson said she gets a lot of her musical influence from her mother’s side of the family. She’s got aunts and uncles involved in the music scene, and she was introduced to more Celtic-oriented music at a young age through her family, who would often be seen playing instruments such as bagpipes, accordians, and mandolins.

However, country music was also a major part of Johnson’s upbringing. Her mother, Loretta, used to record and play country music, touring with the likes of Reg Watkins and Gordon Cormier.

Johnson said she has fond memories as a child of staying up late to listen to her mother sing classic country tunes such as ‘Coat of Many Colours,’ or ‘Coal Miners Daughter.’

It was alongside Loretta and Gordon, as well as her cousin Randell, that 11-year-old Johnson formed the Celtic family band, The Cormiers. She says that this was the start of her career as a professional musician.

With four albums under their belt, as well as a number of Music NL awards, Johnson said she was exposed to the industry and its workings at a young age, giving her something of an advantage as she furthered her career.

“Diving into it that early, you’ve been paying your dues for a long time, and I feel like that experience has really helped me now, for sure. So, now, I’m doing country music and following in mom’s footsteps,” Johnson said.

Johnson’s most recent accomplishment is an East Coast music prize, which she picked up at a ceremony in Prince Edward Island earlier this month, when she was accorded the Country Recording of the Year Award, which she says she was over-the-moon excited about.

“The last couple weeks have been a whirlwind,” she said in an interview, shortly after arriving home from the ceremonies. “It was like one big jam with all my friends, and to be honest, I’m still on a high from it all – it was a lot of fun, and it was really cool to celebrate all the different genres and work that everybody put out this year… It is just such a huge honour. To even be nominated, that was huge, and totally unexpected. Organizations like that – Music NL, the ECMAs, CCMA – they’ve been so supportive of all these artists, and given us this wonderful platform to be able to showcase our music. So, to be recognized for that type of award? It’s like I said, I really don’t have the words to describe how exciting that is.”

Johnson was gratified to be able to share the moment with so many people whom she’s grown so fond of over the years, particularly the bandmates she brought along for her performance at the ECMAs, who she had not gotten the chance to play with for years since making the big move to Nashville, Tennessee.

This was, coincidentally, also the first time Johnson’s management team got to see her playing with a full band during a live set.

Being able to come full circle and share the moment with those musicians is something she said she won’t soon forget.

“It was really cool to be able to finally get to know some of the people I didn’t know before, too. Before that weekend, we were just kind of social media friends, but to be able to sit down with them and listen to their stories and their songs, and get to know them as a person, it was just really special,” Johnson said.

Johnson was only back in Canada for a short time though – long enough to attend the ECMAs followed by a trip back to Newfoundland to see some of her loved ones. After that, she was bound for Nashville again, where she’s been living for a couple of years.

The chance to live in Nashville has been an especially rewarding experience for Johnson. The capital city of country music serves as the stomping grounds of industry greats such as Carrie Underwood and Keith Urban.

“Music in Newfoundland is just so rich – there are so many opportunities here, and I would never try to take away from that – but as a country artist, I think it’s really important to always grow, and always want to better yourself, so I saw this as an opportunity to be a small fish in a big pond and get even more opportunities than I had here,” Johnsaid said. “Networking, getting out there and giving myself that extra bit of motivation to kick my butt into gear… Nashville has been a lot like Newfoundland, except, instead of the pubs, it’s honky-tonks. They have the accent, it’s really friendly, and it’s almost like a small-town vibe in a big city. It’s a very creative place to be, and everyone there seems to be involved in the music industry somehow. I think there’s no better way to grow as an artist than to be that smallest fish.”