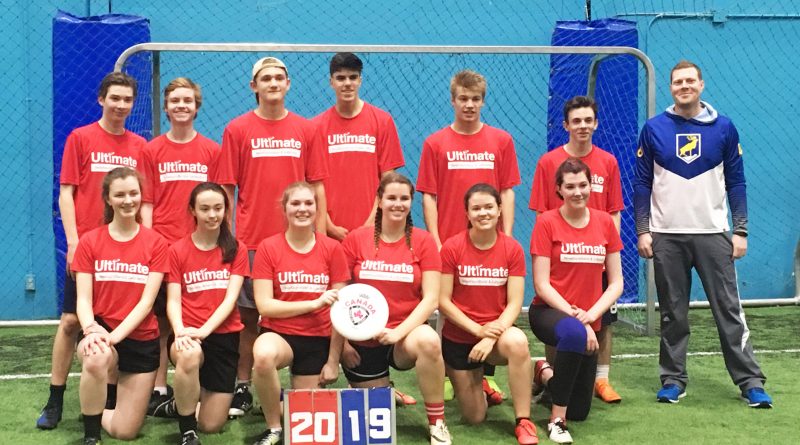 The team is now in it’s fifth year.

The sport has been growing over the years, and more schools are getting involved, said coach Craig Stoyles, who noted that at the beginning of the school year, School Sports Newfoundland and Labrador (SSNL) added Ultimate Frisbee as one of its foundation sports, which means that SSNL provides the proper equipment and resources to all students across the province.

“There’s a lot more depth to the competition now, which is good because it pushes everyone,” said Stoyles.

Holy Spirit High came just a couple points short of nabbing first place, falling to Holy Heart of Mary with a final score of 14-12 in the championship gamp.

Both teams were undefeated leading up to that game.

“What makes Ultimate unique too, and more flexible for schools that don’t have (enough players for) maybe even for a full basketball team, is that it’s a mixed sport. So, you have male and female players playing with each other on the court,” he explained.

He said that the sport, which is non-contact, has elements of sports such as soccer and football.

Players score points by catching the disc in the opposing team’s endzone.
When a player has the disc, he can no longer run, but must throw the disc to another player.

“It’s a very fast pace and there’s not much down time. All the players on the field are active participants,” said Stoyles.

Holy Spirit also won the Metro League Tournament back in April, defeating Mount Pearl Senior High in the final game 16-9. Both teams entered the final game having only lost one game each.