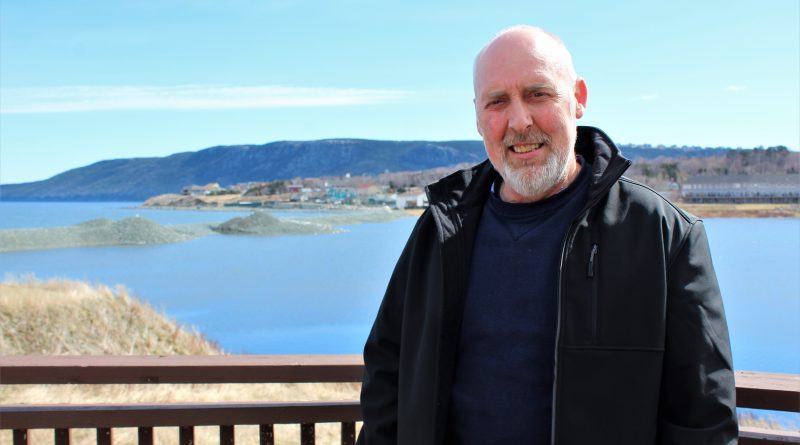 In a sea of red and blue signs in Conception Bay South district, Warrick Butler is hoping his yellow and grey placards catch the eyes of voters in time for next week’s provincial election.

Butler, who has lived in the area his entire life, running and operating a successful home building company – Butler’s Quality Contracting, with his wife Alison, is the NL Alliance candidate.

The former president of the Home Builder’s Association said his work as a contractor has deepened his passion for the province
Sitting on various national level boards, Butler added, he has been able to lobby on a federal level for some of the issues he’s seen within the housing industry. But he is not quite pleased with the current state of the provincial government.

Although Butler said he never initially saw himself pursuing a career as a politician, it’s this discontent with the state of things that ultimately led him to seeking election as the NL Alliance candidate for the district of Conception Bay South.

“I think it’s time for change. I think what we’ve got now is not working,” he said. “I mean, it’s proved that it hasn’t worked for 70 years. When Graydon Pelley and the NL Alliance was formed, I gave it a good look, and I think it’s exactly our way for moving forward.”

The current political party system is not only broken, Butler said, but going to doom the province if action is not taken to find a solution.

“Right now, I feel like the parties are worried about their parties, and not necessarily their constituents or the province. I guess that shows in Muskrat Falls, and bringing down budgets that are not passed before an election, passing out money before elections, and giving people false hope,” Butler argued. “In the current party system, the government party has to pick cabinet ministers from their own party. But, imagine if you could pick the members from all 40 of your MHAs which, in my opinion, would be a better selection from 40 versus possibly 20. Same thing for the Premier; if we were all independents, the 40 members would pick the best premier. To me, the system that we’ve got has proven not to work. I believe NL Alliance is a movement in the province that’s working to really change that political landscape. Partisan politics is just not working.”

Butler said he wanted to give the people of Conception Bay South an option outside of the standard Liberal and PC candidates. After seeing no one stepping up to that plate, he decided to take it on himself.

He admitted that at one point in time, he was on the edge about voting at all. His faith in the system had failed, but he did not want to lose his voice as a resident by not voting.

“I said to myself, I’ve always voted. I don’t think not voting is the answer, so at least by me putting my name forward, the people, the citizens, and constituents of CBS have got the option,” Butler said. “We’ll let them decide for themselves what they want, but I think the province is in a critical spot right now, and I don’t know if we can afford to get it wrong.”

Butler said he feels as though the young party has a solid chance at getting where they hope to be. While the party’s overall goal will certainly take some time, he allowed, he hopes to see the Alliance get some representation in the House of Assembly this time around to get things started.

“This is a viable option. Keep in mind what’s been going on for the last 70 years – it’s back and forth, back and forth,” said Butler. “If people realize what the NL Alliance is trying to accomplish here, we’re trying to change the landscape of the political parties… 40 MHAs get a voice. Your MHA in your district will have your voice, it won’t be silenced because the NL Alliance – our alliance – has a commitment and a loyalty to our constituents, not to a party. We don’t have to tote a party line. That would be the big difference here. When you come across these big issues like Muskrat Falls, this would then be voted on by your 40 MHAs, not in a secret room to be left with a $13-billion debt.”

Butler said he is not the only one concerned. People in the district are fed up with the system too, and he hopes that once people put in the time to research the Alliance’s policies, they’ll see the benefits of voting for it.
“I guess, with the current government, I’m hearing that people can’t trust the government, and can’t trust what they’re saying – the underhandedness, this quick election. These decisions are not the best decisions for the people,” Butler said. “If it was, they would have voted on this budget, for instance. They would have debated it, at least. People are giving promises that we don’t even know if they can follow through with. If I’m elected as one seat, then that’s a start, where your voice is going to be heard. It’s not going to be heard inside, it’s not a party voice, it’s a constituent voice.”