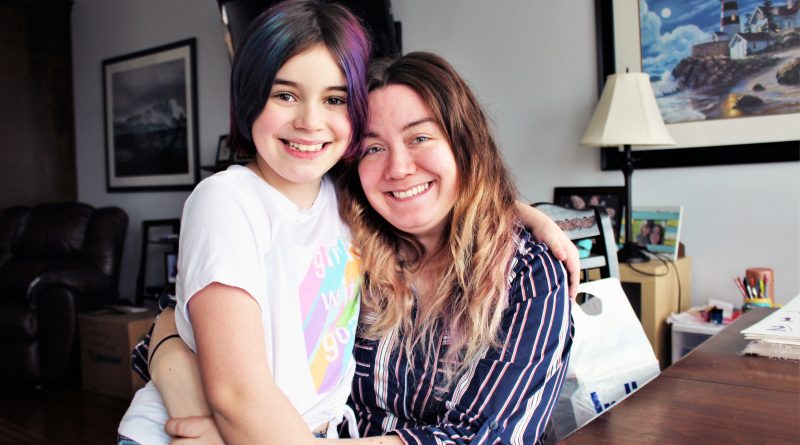 Through her play “Not Myself Today,” a Paradise woman is hoping to spread some knowledge about mental illness and its effects on children.

Courtney Fowler has experience with anxiety and depression dating back to when she was only a young girl of 11 years. Now, as an adult, she has dealings with children on a regular basis as a voice and acting instructor, and hopes her play revolving around mental illness will show them that they don’t need to be private or secretive if they’re struggling like she once did.

“Not Myself Today” is a play Fowler wrote in 2016. It follows the story of a young girl named Amanda struggling to enjoy life as a child all while being constantly nagged and talked down to by another character – Trista – acting as the personification of mental illnesses like depression.

The idea of creating a physical representation of mental illness, Fowler explained, came from a desire for everyone in the audience to be able to grasp exactly how demoralizing these illnesses can be. She said that having a character constantly present on the stage would help just about anyone understand the theme of the play.

“Their mental illness is not them. It’s an external factor that’s influencing what they say, what they’re doing, how long they’re sleeping, how much they’re eating, everything. I feel like it’s really easy to understand when it’s viewed that way,” Fowler said. “You’ll see Amanda talk about doing her makeup, for example, and Trista will say ‘No, you’re no good at that, don’t do that,’ and the audience will see, in a bit of a different way, just what kind of effect that has on her.”

Fowler explained the idea for the play came to her when a voice student had opened up about a friend’s mental health issues. After the child did not get much of a response from their friend’s parents, Fowler said the child saw nowhere else to turn to seek out help for the friend, ultimately deciding to just air it all out during a voice lesson.

This, Fowler said, hit home for her.

“I struggled with it when I was young, and didn’t get help until I was like, 25 or so. The whole reason for me writing it from the perspective of a youth was because, well, for one, there are youth out there who are struggling, clearly. And two, because if I had gotten help sooner, my life would have been drastically different.”

“Not Myself Today” has seen plenty of success since initially being written in 2016, even being picked up as a show in local elementary schools. Now, Fowler is excited for the play to see a bit of a revival, with some extra scenes and characters being written in to give old viewers something new to enjoy.

However, what Fowler is most excited about is what role the play will have in possibly providing long-term support for people who don’t have immediate access to it.

All proceeds from the upcoming May showing of “Not Myself Today” are to be donated to the Jacob Puddister Memorial Foundation – an organization set up to provide youth in Newfoundland with mental health resources.

“They’re working to give free counselling to youth who are on the waiting list for the Janeway, so that those kids can get access to those services immediately, and not just one or two sessions – they provide that service for a year, or two years, while you’re waiting to get on the list at the Janeway, where the wait times can be crazy at times,” Fowler said. “This time around, we’ve got a bigger venue with more seats, and we’re doing four shows, so we should be able to pull together a solid amount to donate to the Foundation. That organization is doing so many wonderful things.”

Despite the melancholy topic the play revolves around, Fowler said her goal was to still elicit some laughter from the audience. She says there are plenty of fun little scenes throughout the play, and even a new character – played by Fowler’s daughter Mia – who acts as something of a comic relief.

Still, there’s a message that Fowler hopes audience members will take home with them at the end of the night, and that’s for adults, specifically ones with young children, to stop avoiding the mental health conversation.

“It’s really all just about healing, and overcoming things … When you avoid talking about it with children, you’re teaching them indirectly that it’s not okay to talk about that topic, and they carry that with them,” Fowler said. “I feel like, just by seeing this show and seeing that this is a thing that can happen to someone, they’ll be able to make sense of why someone they love isn’t acting the way they normally act. My fear is that parents will think it’s too heavy to bring their kids to, but that’s why I added the humour.

Hopefully, this will help kids and their parents see that message, and see the beautiful person behind the depression, or the anxiety, or whatever it is that’s stopping their friends or family from being themselves every day.”

“Not Myself Today” will run at the LSPU Hall in St. John’s from Friday, May 3 to Sunday, May 5.