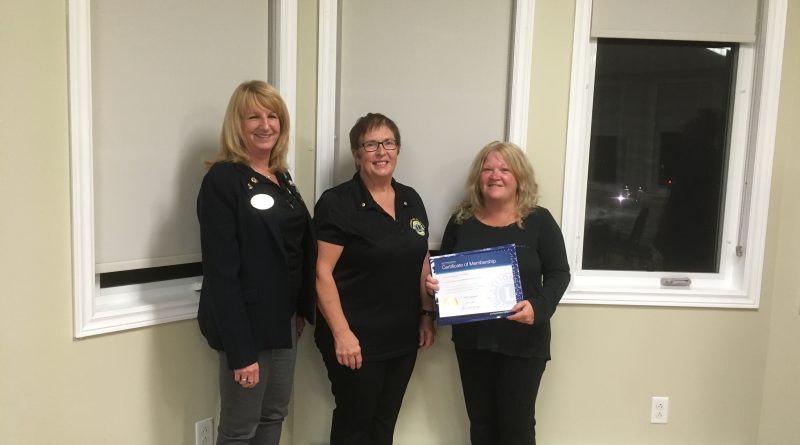 Known to be some of the most active volunteers across the province, members of the Conception Bay South Lion’s Club are pretty typical of the energy and dedication expended by the town’s volunteer community.

The CBS Lion’s Club has been involved in many community events, fundraising efforts, and other causes in the community for decades. The club has become something of a household name thanks to its members constant efforts to better the community.

Behind a significant number of these volunteering efforts are plenty of familiar faces, including Lions Dave Arnott, Warrick Cluney, and Janine Howse. Howse, in particular, has been involved with the Lion’s Club for the last 14 years.

After retiring from her career as a teacher in 2005, she was approached by a club member to see if she had any interest in spending some of her newfound free time volunteering. With little hesitation, she agreed, and hasn’t looked back since.

Currently, Howse is the Club’s secretary-treasurer. The position means she is expected to help manage the Lion’s Club building in Long Pond – something she’s been keeping busy with for the last four years. Prior to that, Howse served in plenty of different roles, including president one year and as the membership chairperson for several years.

Howse said that 14-years in, she still thoroughly enjoys her work with the Club. Specifically, she loves to be a part of the Club’s various community events, and all the endeavours to see CBS become the best community it can be.

“It’s a great way to keep busy, for sure,” Howse said with a chuckle. “We do a lot of really good things for people in the community, and that’s what’s kept me going. I’ve seen some really positive, and impressive, changes that were made in people’s lives over the years. That’s the real encouragement that probably any of us need to keep at it for so long.”

She admitted the club is involved in too many causes to pick her favourite ones, but if she had to, the Lions House Initiative would be near the top of the list.

“We run a 16-unit subsidized housing complex in Upper Gullies,” Howse explained. “That’s been extremely rewarding, because it allows individuals who were not in great situations to get affordable housing. Warm, comfortable, affordable housing. That’s been really rewarding to see.”
Howse and her fellow Lions have also been supporting a blind hockey program. It helps visually impaired children participate in a hockey program tailored to their needs, which is something she’s particularly fond of after seeing the young children gleaming with bright smiles as they take part in something that might otherwise be a big challenge to them.

“Back in 2016, there was a young boy, who was blind, who was invited to play blind hockey in Vancouver. We funded that for him. His dad came back and was completely enthralled with the idea, and we started working with his dad to help establish a blind hockey program here,” Howse said. “Five of them just got back from Toronto, where they competed in the Canadian National Blind Hockey Tournament, and they got gold. It’s really great to see things pan out like that.”

Howse said she is pleased to see so many young people coming forward to contribute their time. She noted that through the Leo Club, they have managed to increase interest in volunteering for a younger generation. After graduating from the Leo Club, many have gone on to become full fledged Lions.

This year the Lion’s Club has picked up six new members.
“A few years ago, there seemed to be kind of a downturn,” Howse said. “But lately, it’s picked right up. That’s really good.”