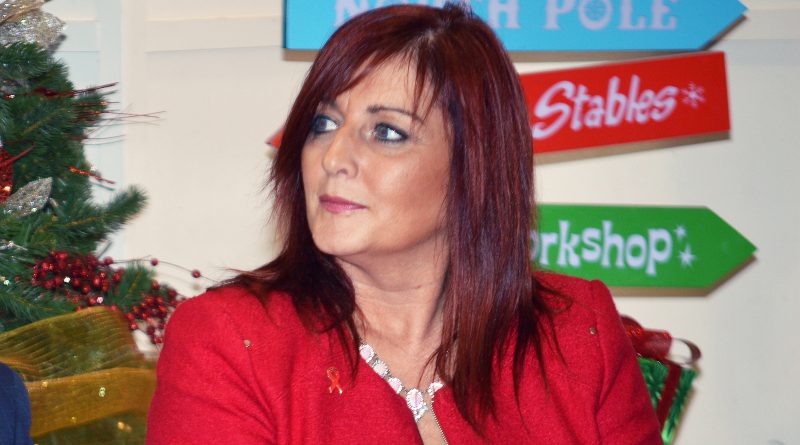 Patricia Hynes-Coates isn’t letting a January defeat slow her down.

The former MADD Canada President ran for the Liberals in the Topsail-Paradise by election, which saw Paul Dinn and the PC party score 61 percent of the vote. Hynes-Coates collected about 34 percent of the votes. She says she has a strategy to turn those numbers around.

“Get out; knock on the doors; have one-on-one conversations; see what people are looking for; let them know who I am; let them now that I truly believe in making a difference, and listening to them,” she said. “We need change here. People in this province need a strong voice. Someone who is going to listen to them, whether they’re a small business owner, a mechanic, a housewife, a single parent. We need someone whose been in those shoes and can be their voice. I think I can make changes on the political front here in our province the same way I did for MADD Canada, and still do so.”

Hynes-Coates says that she believes the future of the province is bright- if the right people are elected.

And she believes she is one of those people.

“I want to make change so that we all have a better tomorrow and a prosperous future in our province. And we could do that. We have the resources here. We just have to have the right people in government to make sure we do that… There won’t be a concern too small, or too large, that I won’t help find a solution. I promise to work on their behalf.”

She argued the Liberals’ Way Forward economic plan is key to the province’s success – so we need to stick with it.

“Every time I turn around I’m hearing another mother or another father saying their child had to leave because there’s no work,” said Hynes-Coates. “Well, I believe the Liberal government and their ‘Way Forward’ plan is going to provide a better future for the average person. Do we have some hard times ahead of us? Sure we do. We all have challenges to face. But I really, truly believe that we’re moving forward and going to make a difference. We’re going to have a stronger economic foundation when everything is said and done – provided that ‘The Way Forward’ is the future of our province. It depends on what the people want. Do they want our Liberal government to continue the way that they are? I think if we give them a chance, we have a better future ahead of us.”

Hynes-Coates pointed to an April announcement of just over $334,000 in provincial and federal funding for a permanent structure for the Clarenville Farm and Market as an example of the Liberal’s recent success in building business and strengthening the economy.

And she isn’t concerned the ongoing SNC Lavalin affair, where Liberal Prime Minister Justin Trudeau’s Office has been accused of obstruction of justice, will affect provincial politics.

“Honestly, I think people need to look at the candidate… I chose Liberal because I believe in the core philosophies: hard work, independence, strong voices,” Hynes-Coates said. “I want to be that person. I want to listen, and I want to make change. And I truly believe that what’s happening federally will not impact us here.”

On her decision to step down as President of MADD before the January by-election, Hynes-Coats said it was not without some regret. She became involved with MADD when her stepson Nicholas was killed by an impaired driver in 2013.

“That was a very difficult decision. I had made a promise to Nicholas when we buried him that I would not rest until changes were made. And stepping into the political world and stepping away from MADD Canada, was kind of a mourning process all over again,” she said. “It wasn’t without heartache. I’ll always stay active with MADD Canada. It’s dear to my heart, and the families I’ll always stay in contact with.”