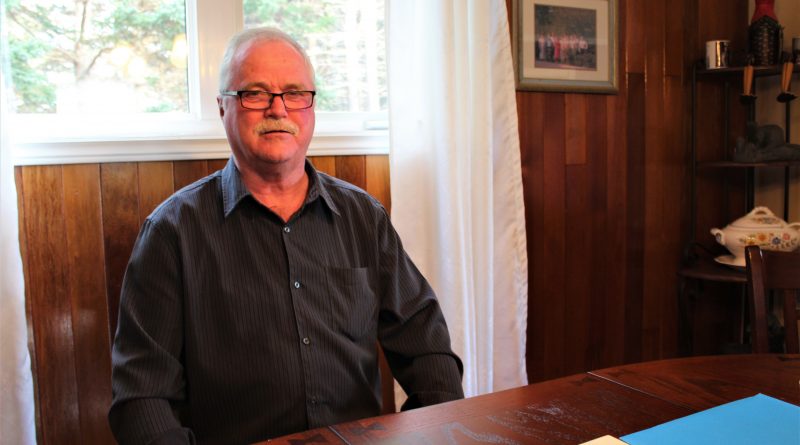 A Lakeview man is fighting for entrepreneurs who have disabilities to get easier access to government funding for their projects.

For the past 10-years, 67-year-old Hubert Ryall has been focusing his attention on a number of board game projects. He has three board games created under his name, which are centered around things such as endangered animals in Canada, Newfoundland’s history and culture, and the prevention of bullying.

Despite being told on a number of occasions that his work could gain plenty of traction on a national level, there is one wall blocking any further progress that Ryall has yet to conquer, and that’s funding.

While working on his games, Ryall has been a frequent advocate for people with disabilities in Newfoundland and Labrador, specifically, those looking to take on roles as entrepreneurs, much like Ryall himself, who found himself disabled after extensive spinal surgery earlier in his life.

Ryall said Newfoundland is one of the few provinces in Canada without funding programs for disabled entrepreneurs, and that this has served as a major setback for himself as he tried to move forward with his games.

While western provinces including Alberta, Manitoba, and Saskatchewan provide such funding he said, Newfoundland has not come on board.

“People with disabilities who want to be entrepreneurs, there’s just no funding for them here. Absolutely none,” Ryall said, sitting at his kitchen table surrounded by documents, letters, and files that he’s sent and received from government officials over the last few years. “People have seen me before, maybe in the newspapers, and they might think I’m just talking through my hat. Well, I have the documents to show that I’m not. The (provincial and federal) governments have not put anything in place for (entrepreneurs) with disabilities.”

Ryall said with each new government in Newfoundland, he is placed right back at square one, left to repeat the lobbying process time and time again.

“This is the third government I’ve been advocating to make these policy changes. I’ve sent off letters to former Premier Williams, I’ve tried to set up meetings with Kathy Dunderdale, and now we’ve got a Liberal government in place and I’m back at the same place again,” Ryall said. “I have to go through the same rigmarole every time a government changes, or there’s a new premier.”

Ryall said the lack of a funding program comes down to one word: discrimination.

“The Charter of Rights and Freedoms makes it very clear. Every individual in Canada, regardless of their race, creed, colour, nationality, ethnic origin, sex, physical or mental disability is to be considered equal,” Ryall said. “This means that the governments must not discriminate on any of these grounds in the laws or programs… (But) where do you go, when the people you’ve elected won’t listen to you? That’s pretty bad, when we’re talking, and they’re not listening. Don’t give me lip service, talking about how they’re going to make changes. From what I’ve seen, they haven’t done too much.”
Despite all of this, Ryall said he has yet to lose hope.

“If they have it out west, why haven’t we? I was told I’d have a battle on my hands, and maybe so. But that’s never stopped me before.”