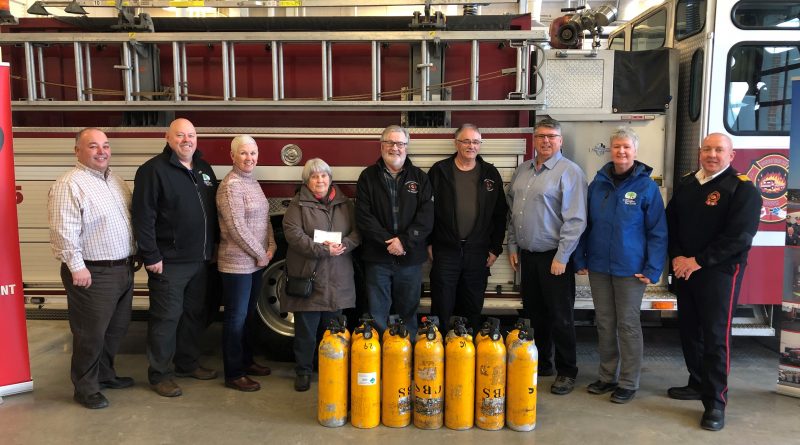 Thanks to a sizable donation from Conception Bay South, the Riverhead Volunteer Fire Department has some new equipment to work with.

In 2015, the Conception Bay South Fire Department purchased new aluminum cylinders – equipment that can aid in some of the most important aspects of a firefighter’s job by providing more air to breathe in the face of thick smoke.

The new equipment increases the crew’s breathing time from 30-minutes to a full hour, nearly doubling the amount of time they can dedicate to a blaze.

However, this left the department with extra cylinders. Approximately 14 of them, which they hoped to dispose of by issuing a disposal of assets tender in 2017. This tender ultimately received no bids, and so the department looked into other means of disposing of the gear.

It was then that they decided to donate the gear, believing that such equipment could do wonders for a department based out of a smaller area, such as Riverhead.

Last week, the donation of 14 aluminum cylinders with an estimated value of approximately $4,000 was given to the Riverhead Department, which St. Mary’s Bay fire chief Earl Kielly referred to as a godsend.