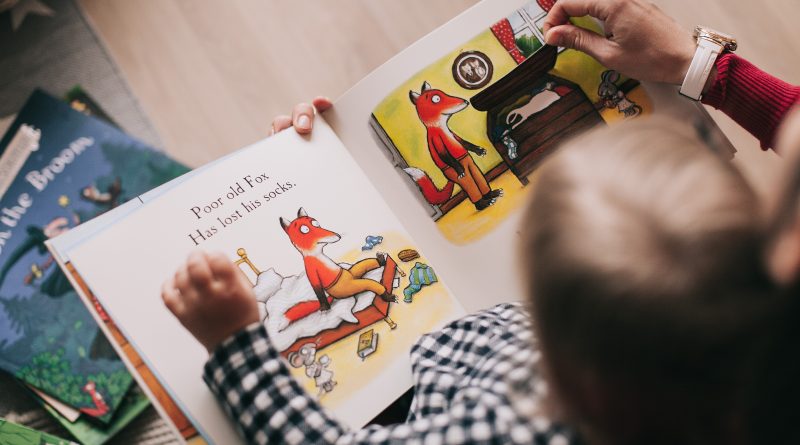 Members of the Conception Bay South Literacy Council are hoping their Food for Thought project will place more books in the hands of more children.

For the last 11 years, the Council has been organizing the project to help children improve their reading skills, free of charge. Stephanie Gavell of the CBS Literacy Council says it’s been a major success.

The basis of the project sees book donations come in from residents of the region to either the local food bank, or the CBS Public Library. From there, they will move from the hands of volunteers and into the hands of children as they or their families pick up food or hampers from the food bank.

The overall goal of the project? To encourage families to read with their children, all while providing books to children who may not have access to their own literature.

“You need food for your brain, just like you need food to eat, and that’s kind of the whole purpose behind this project. The food bank has been really supportive in helping us with this project,” said Gavell. She noted that in recent years, the food bank has even constructed small book shelves in the main entrance to ensure that there are books or games available as often as possible.

The project began a couple of weeks ago and will end on March 14th, giving it approximately a month-long run of collecting books.

“March is food month, so we kind of tie the two together, trying to promote a love of reading through the food bank,” Gavell said. “This way, when people go to the food bank to pick up their food, they can have their children pick out a couple books to bring home as well.”

The project focuses on children up to 12-years of age. The council is asking for gently used books appropriate for kids within that age range.

Gavell said the efforts nets anywhere between 300 to 500 book donations annually. Since the project kicked off again on Feb. 14, she added, six boxes of books have already been donated. She anticipates even more will come in before the March 14 deadline.

“I’m waiting on the library now to give me a call when their bin is full, so there’s still more to come from there. Then, every Sunday, I pick up what’s down at the St. John the Evangelist Anglican Church. So, it’s a pretty successful project,” Gavell was happy to admit. “We even get people stopping into the library throughout the year with books, asking when the project is starting up again. So, they’ll still take the books and store them away until February. There are a lot of people eager to give to the project, so that’s always very nice to see.”

Gavell said the number of books they tend to receive usually lasts them the entire year leading up to the next year’s project, meaning there is no shortage of young readers in the region.

“There’s a lot of people who support (the project) year-to-year. Some years, the Brownies or the Guides or another service group might pick up on it, and they’ll have a collection as well. Then, they get a little lesson on the food bank – why they’re there, what they do, and that sort of thing to keep the children educated on it all as well,” Gavell said. “It seems to bring the community together, in a way. It’s not just the literacy council and the food bank and the library. It’s the community.”

Anyone looking to make a donation can drop books off during office hours at the food bank alongside Mary Brown’s in Manuels, or at the Conception Bay South Public Library. For those who cannot get out to those locations, Gavell and Janice King pick up extra donations east and west of the Foxtrap Access Road respectively.