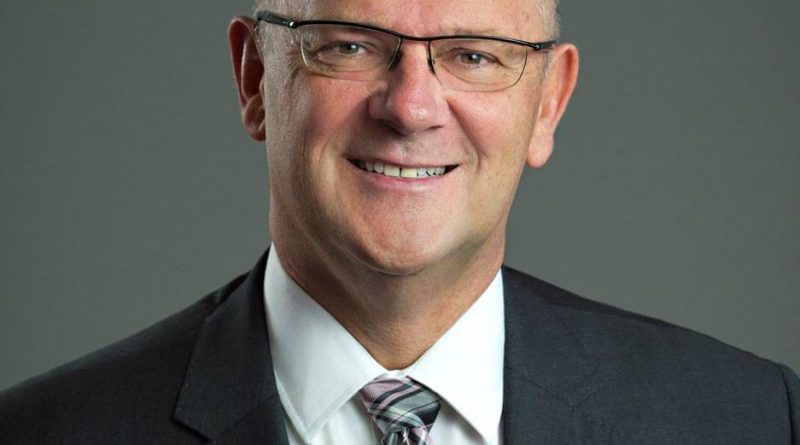 He’s yet to be sworn-in, but newly elected Topsail – Paradise MHA Paul Dinn says he is already on the job and tackling issues for residents.

Dinn says he is anticipating not only a busy future ahead of him, but also a rewarding one.

“It’s a bit difficult for me to say what’s in store for the future at the moment – I’m not even sworn in yet – but I’ve still managed to address some individual issues some people brought forward to me,” said the former Paradise town councillor and provincial bureaucrat. He will be sworn in as an MHA at Government House on February 19.

“That’s my goal at the moment, to address people’s issues that they bring to me, to make sure those concerns and problems are heard, and make sure there are some things we can get done for them in a positive manner,” Dinn said.

Some of the concerns that have been raised with him, Dinn said, include the controversy over the 1.6-kilometre school busing policy, the garbage tax on cabin-owners, as well as taxation and programming issues for seniors in the area. These are all things he hopes to tackle during his time as MHA for the region, he said.

“There are different levels and different tiers to the things I have to address, and you know, as we get into it, I’ll be getting right into planning our agenda going forward,” said Dinn.

As for the recent campaign, Dinn said he spent some time in hospital for undisclosed medical issues, and without a proper recovery period between that and election day, it posed its own set of challenges for him to overcome.

“I had surgery during the first week, so that was a real hamper for me in terms of getting around and things like that,” Dinn said. “That was a struggle, because I like to get out and I like to go door-to-door. Obviously, that’s a little bit harder to do when you’re coming out of surgery.”

Dinn said while it was a significant surgery, it was not life-threatening. “I got to as many houses as I could, given the circumstances, but there were definitely some houses and areas I would have liked to spend more time at. Hopefully I’ll be able to do that in the next general election.”

Beyond that, the byelection was held at a point in time when the weather was not ideal for campaigning. However, like the other candidates, Dinn made do with what mother nature provided, stating he still got out to do his rounds in rain, sleet, or snow.

“We were still in the Christmas season, basically, so a byelection usually isn’t the first thing on people’s minds that time of year,” he said. “So, it took a little while before people started to realize what it is I was there (on their doorsteps) for. But once the majority of them caught on, there were some great conversations at the door, no doubt about it.”

The timing of the byelection also contributed to the low voter turnout, Dinn allowed. Despite winning the contest with a vast majority, Dinn said there were still thousands of registered voters who did not voice their opinions through a vote. With more than 10,000 eligible voters in the district, only approximately 3,600 of them came out to vote in the byelection. That’s a turnout of about 36 per cent of possible voters.

At the time, Premier Dwight Ball expressed his own disappointment in the low voter turnout. Dinn was slightly more optimistic about the situation, explaining he attributes the low numbers more to the circumstances, rather than an overall disinterest in the byelection.

“In terms of how byelections go, I don’t think it was too bad given the circumstances – time of year, weather, and things like that,” he explained. “But that’s something we all had to deal with. You try and get your voters out there, but you’re struggling against the circumstances, and some people just simply don’t take as much interest in byelections. I didn’t think the turnout was bad, but I know we had a lot of identified voters that couldn’t get out.”

Dinn’s theory that more people will vote in the general election will get tested sooner rather than later. The provincial general election is scheduled to be called sometime this year, possibly as early as April, if some speculation is to be believed.

Dinn, meanwhile, is resigning his seat on council to focus all of his attention on his new role as the Member for Topsail-Paradise. He sat in on his last meeting as a councillor last week. His last day as a councillor will be today, February 13, he said.

“From a professional ethics point of view, it wouldn’t be right to try and do both,” said Dinn. “My district encompasses two towns, so there’s a potential conflict of interest there. With any job that you love, you really hate to leave. But there’s a plus to this one, because I’ll still be representing Paradise, and I’ll be taking on the good people in the Topsail area, so I’m looking forward to it. It’s a move that I never really set out to do – it wasn’t on my bucket list – but people really wanted me to try it out, and now here I am. I’m looking forward to what this next move is going to bring me.”