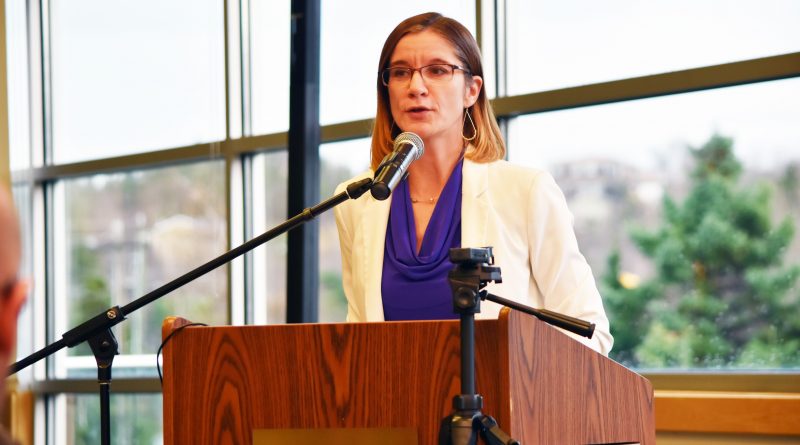 Some 30 small businesses that couldn’t get a conventional loan through chartered banks received $1.3 million in loans from the Cabot Community Business Development Corporation last year.

“It’s a very busy district in terms of what we see in applications,” allowed Gerald Lear, the chairman of Cabot’s volunteer board of directors composed of local business people.

“We’re usually averaging four, five, six, sometimes seven or eight applications a month from people looking for funding,” Lear said. “Over the past year there has been a significant investment of funds to new businesses and existing businesses in the area.”

Cabot CBDC serves communities hugging the southern coastline of Conception Bay all the way from Marysvale in the west to Cape St. Francis in the east, as well as Bell Island. That includes the province’s two biggest towns, Conception Bay South and Paradise.

Some 43 people applied for loans from Cabot during its 2017-2018 fiscal year, Soucy noted. Among the 30 that were ultimately approved, 10 were start-ups.

The loan applications are analyzed by Cabot’s three-member staff and voted on by the seven-member board of directors. Cabot’s staff help business operators prepare their business plans and applications for loans that run a gamut of types and industries. Cabot also offers counselling services and training for companies that are not necessarily looking for money as much as help in figuring out a problem or tackling a training issue. “We have a lot of programs and services and it’s growing,” Soucy said.

Some of Cabot’s loans are actually made in conjunction with other loans from the chartered banks, or other “community partners,” such as provincial and federal government departments and agencies.

“Our goal is to not compete with any existing lender,” Soucy said. “If they (the applicant) can have a better situation with a bank or other lender, then we encourage that.”

Soucy said Cabot’s normal lending limit is $150,000, but there are situations where it can be increased to as much as $225,000. The loans come with flexible repayment options, she added. Funding of up to 100 per cent of project costs is available. Interest rates son the loan range from prime plus two per cent to prime plus 10 per cent, depending on the type of loan.
One loan program that is seeing an increased demand in the past year is targeted at helping unemployed people become self-employed, an uptick which Soucy allowed may be due in part to the economy.

“It gives you a funding source for starting a business for a year,” she said. “We’ve seen quite a diverse group going through that program, and it’s been phenomenal in helping that business through that first year.”

“It can essentially be used by new and existing businesses that are looking to take on a consultant of some sort… That’s a great program where we can cover 75 per cent of the cost.”

All told, 175 people were helped by Cabot CBDC last year either by way of a loan, or counselling, Soucy said.

“When you think about all their suppliers, all their employees, everyone who goes along with that business – our reach is pretty impressive,” said Soucy. “We are a staff of three and last year we did 423 counselling sessions. Those are great numbers. There is definitely a need for our services, obviously. Those numbers have definitely spiked. Maybe it’s an indication there’s more support that entrepreneurs are looking for, or maybe we are doing a better job of reaching out to them. Either way, we are happy to see the stats and hopefully it translates to better success for the companies.
About 70 per cent of the applications that make it to the board level for consideration get approved, Soucy said.

The guest speaker for the event was Placentia West – Bellevue MHA Mark Browne, who is the Parliamentary Secretary to Tourism, Culture and Industry Minister Chris Mitchelmore.

“Everyone in this room, it goes without saying, knows that small businesses are the heart of Newfoundland and Labrador’s economy and the driving force behind our economic growth,” said Browne. “Each client who has worked with a CBDC is able to help build their communities demonstrating a genuine desire to grow the economic and social well-being of our province.”

Browne pointed out that while Cabot CBDC may have the smallest geographic area among the 15 CBDCs in this province, it serves the greatest density of people, over 75,000 residents in 17 towns.

“I know and appreciate how hard all of you work,” Browne said. “And I applaud your tenacity and commitment… Department officials tell me they enjoy working with all the CBDCs, in particular Cabot… Your presence in this area is strong and the various types of new business activity in this area certainly confirms the opportunity for growth. There is much to be proud of and to look forward to here in the Cabot region. I believe there are many more successes to come.”