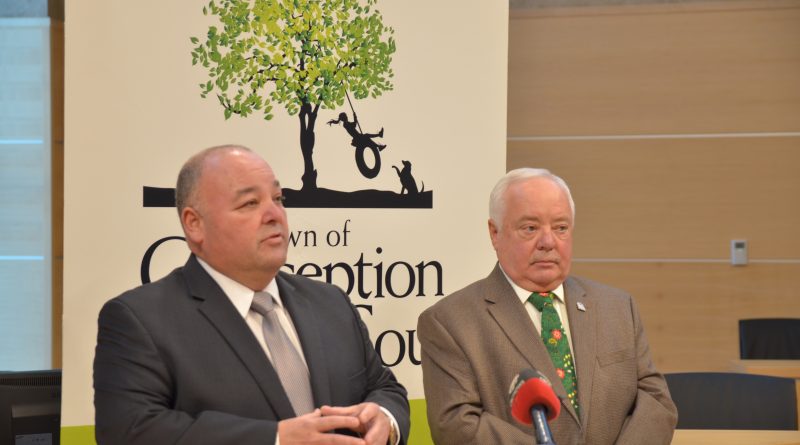 The Town of Conception Bay South voted yes for the proposed 2019 fiscal budget which includes no increase to residential and commercial mil rates and a year end projected surplus.

“Our primary objective for this budget was to ensure there were no increases in taxes to residents and businesses, and no increase in rates or fees,” Deputy Mayor Richard Murphy said Monday afternoon.

“We are very proud to say that we have accomplished that.”

Murphy says it’s only the second time in the town’s history that they have been able to reduce year over year expenditures by implementing an aggressive cost saving initiative.

“Through council’s aggressive cost review, the town was able to absorb a $106,000 increase in regional water fees by the Regional Water Authority, without having to pass this cost burden to its residents,” he said.

The town will continue with previous programs such as Low Income Property Tax Reduction for low income families, Senior Citizens Property Tax reductions for senior citizens in receipt of the Guaranteed Income Supplement, and continuation of the Senior Citizens Property Tax Incentive.
Major infrastructure upgrades will begin in the new year, with $1 million set aside for streets and sidewalk improvements, and $6 million in the hopper for street paving. This will be in continuation of the 2018-2019 street upgrading and paving program according to Murphy.

“We have nine learning institutions in our [town], all kinds of young kids. Obviously many of these kids walk back and forth to school every day … so it’s important for safety,” Mayor Terry French added.

Along with street and sidewalk upgrades, residents will see an increase to snow removal as the town expects two to three additional snow clearing operators working on the streets each shift to provide more effective snow clearing services.

French says it’s about moving away from non-core elements of operating a town, such as the swimming pool, toward core elements such as snow removal.

“Obviously there’s going to be some changes that some people have put out, because there were certain programs that we reduced at our swimming pool, but yet one safety issues we have, of course, is snow clearing,” he said.
“For us to snow clear, through one event, it’s an eight hour process to get from one end of the town to the other. So, we wanted to enhance that service. It was about readjusting.”

The town will continue to invest in fire protection services, adding $3,880,324 to the cause.

Phase 3 of the automated waste collection program will be accelerated, meaning all remaining residential properties will receive the service by late 2019.