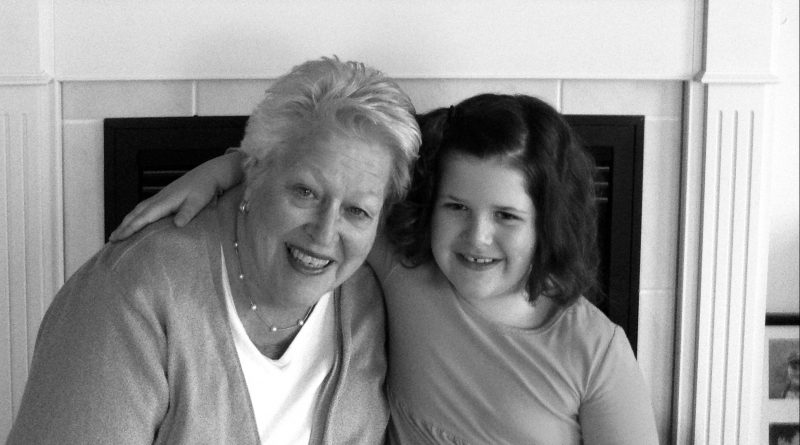 Every year, Topsail’s Tessa Crosbie opens the Our Diva’s Do Christmas production with the musical number “Haul out the Holly.”

Crosbie has been involved in the annual Christmas production every year for the past 15 years. Yet, this will undoubtedly be one of her most memorable productions, as she will share some of the spotlight with her six-year-old granddaughter, Ella Crosbie, who is also performing in the show.

It’s a particular source of pride for Crosbie, who has been described as “the grand dame of musical theatre in the province.”

“I was so delighted,” said Crosbie. “Ella has (always) loved music, and she’s been singing for a long time.”

Ella, a Grade 1 Topsail Elementary student, auditioned for a spot in the show earlier this year, earning a place in the Children’s Choir after performing “I Want a Hippopotamus for Christmas.” The young performer already has a great interest in musical theatre, citing Mama Mia and Hairspray as her two favourite productions.
“I think she can think she can sing all of the songs from Hairspray,” said Crosbie.

For Crosbie and her granddaughter, the performing arts are a real family affair. Ella’s mother, Andrea Powell Crosbie, is the choir mistress at St. Peter’s church in Upper Gullies, where Ella also sings.

“(She’s) been surrounded by music all of her life so it’s a natural progression, I would say,” said Crosbie.

With the Our Divas Do Christmas production beginning on Dec. 6 and running through to Dec. 9, excitement is building for the two performers. Rehearsals are in full swing and both Crosbie and her granddaughter are busy preparing for the show.

“It’s quite exciting, but it can be quite tiring too,” said Crosbie. “It’s Ella’s first taste of hard work.”

The younger of the two doesn’t agree with her grandmother’s sentiment, however.

“Not my first taste,” said Ella, correcting her grandmother. “I have piano, dance, musical theatre, Sparks (and) choir.”

This year, the Our Diva’s Do Christmas production will feature musical numbers from The Grinch, as well as dazzling light displays and even aerial performances. It’s the younger of the duo’s first experience with a production of this size.

But despite the hard work, Ella said that it feels “awesome” to share the spotlight with her grandmother. For her performance, Ella will sing, “Where are you Christmas” and “You’re a Mean One, Mr. Grinch” with the children’s choir.

While they won’t be performing on stage together this year, the two are hoping to perform a duet in next year’s production. And should all go well, this show certainly won’t be the biggest production that Ella performs in.

“I have a lot of plans,” said Ella, adding “maybe” she’ll be seen on Broadway someday.