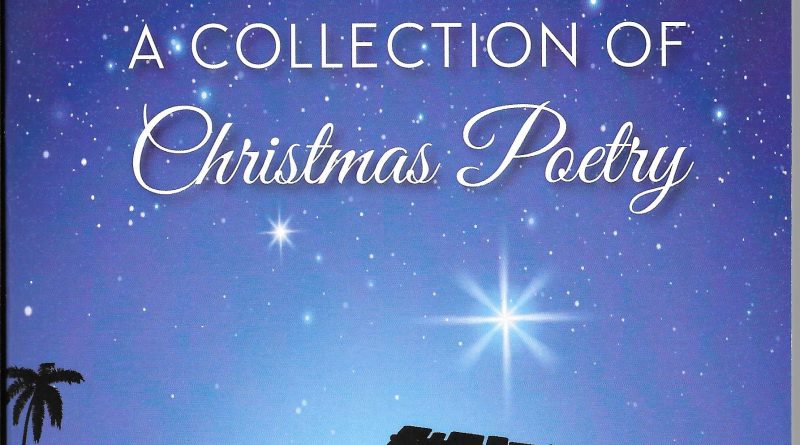 At age 92, Fr. Greg Hogan is likely the oldest person in Newfoundland to publish his first book, in this case a collection of Christmas poems composed over the past quarter century since he took “early retirement” in his mid-60s due to bladder cancer.

Fr. Hogan, who served as parish priest at St. Thomas of Villa Nova Parish in Conception Bay South from 1982 to 1986, was persuaded to gather the poems together for print by Monsignor Dennis Walsh, Steve Dray of the local Knights of Columbus council and others whom he has shared them with over the years.

“They all said it should be published, so they went together and got it organized,” said Hogan, who still sounds hale and hearty of spirit despite several recurrences of cancer over the years. “It was very nice of them indeed.”

All the poems focus on the one story, the story of the Christmas miracle, the birth of Jesus, but each year it is told from a different angle, or perspective, such as that of Mary in Hogan’s 2005 poem, or Joseph as he did the year before.

“I started off doing it because I figured the story wasn’t really told in the Christmas cards that we get and so on,” said Fr. Hogan. “They just show a baby in a manger and people gently around him and everything and that’s not the way it ‘twas at all. They were in a stinking, dirty stable and they weren’t accepted in the inn. The reason they weren’t accepted in the inn was because a big census was on the go and all the places were taken up. It wasn’t a Holiday Inn in a place like Bethlehem, a tiny little village, like some village around the bay. It was probably a place with half a dozen rooms in it.”

In his forward to the book, Monsignor Walsh describes Hogan’s poems as reflecting the difficulties, sorrows and joys of the human condition. They evoke the “earthly realities of Jesus’ life, as well as the region and time in which He lived,” said Walsh. “This book is a profound source of prayer and meditation deepening our faith in the Good News of Salvation.”

Hogan has brought the last several poems, the 24th, 25th and 26th, “up to date” in his own words, by highlighting how the story of Jesus’s birth and the travails of his parents were much like the dangers and difficulties being faced by the world’s refugees today, on the road with nowhere to stay.

“You mightn’t call it poetry at all,” said Fr. Hogan. “It’s blank verse, if you want to call it that.”

Though he is officially retired, Fr. Hogan remains the part time chaplain at McAuley Convent, which houses the Sisters of Mercy. Despite his health travails, Hogan felt compelled to say
something about the Christmas story.

“A couple of years after I retired I said to myself, ‘I might as well write something for this Christmas, it’s only for one Christmas,’” said Hogan. “So, I wrote it and it wasn’t much of one as far as I was concerned, but then the next Christmas I said, ‘I’ll do the same again now.’ And I figured to myself that I would keep doing it on Christmases, so I did it for 26.”

It doesn’t take long to write the poems, Hogan said, once he decides on a subject or an aspect of the Christmas story that he thinks should be told. “To get that different approach takes a good while,” he admitted. “And then all of a sudden I’ll get it and then I’ll sit down and write it. It just sort of comes.”

Hogan is no novice when it comes to writing. He has written other poetry and was editor for five or six years of The Monitor, a newspaper published for decades by the Archdiocese of St. John’s for Roman Catholics throughout the province.

This year’s poem, the 27th, will be his last one, Hogan said, and unfortunately comes too late to be included in the volume.

“I think it (the poetry), or at least I hope it does, makes it human,” Fr. Hogan said. “Many of the people to whom I send it keep saying it should be published, but I know I never would have gotten around to doing it. But these guys came up with it.”

Anyone interested in purchasing a copy of “Nativity: A Collection of Christmas Poetry,” can contact St. Thomas of Villa Nova parish, or any local Knights of Columbus council.