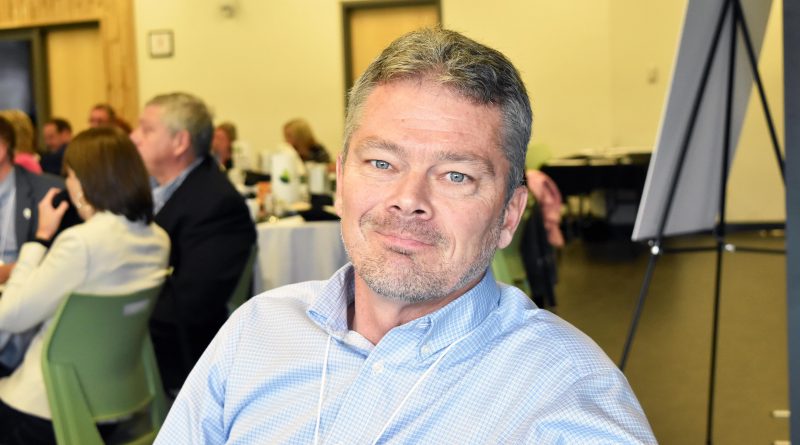 The new owner of the Sunset Motel has some big plans for the Conception Bay South establishment.
“Our company, which is based out of Clarenville, has been in the tourism business for many years,” said owner Rod Murphy, who was one of the keynote speakers at the Bright Business Awards held last week.
Murphy’s company owns a motel and RV rental business in Clarenville.
“So why the Sunset and why CBS?” Murphy said. “First of all, we’ve had our eye on CBS for quite some time. We see it as a growing community which is very well-managed and very pro business with all the amenities and services of a large city.”
But Murphy said when his company first looked at the Sunset Motel, it didn’t look overly enticing. “While it had a great reputation as being very clean and friendly, it’s occupancy rate of less than 30 per cent made it a very tough business model,” he noted. “But the further we looked at it, we saw it was the only motel in CBS. And with a great vision to bring it to a higher standard, we thought that we could improve greatly on that occupancy rate. So that brings us to where we are today – up to our armpits in gyproc, dust and paint.”
Murphy said the company has embarked on a total “redo” of all 18 rooms at the Sunset with the goal of making it a first-class destination for business travellers, tourists, sports teams, wedding guests and the travelling public.
There is tremendous potential for tourism growth in CBS with the huge bus tour market here untapped, Murphy argued.
“We’ve been very pleased to see how proactive the CBS municipal government as well as the Manuels River Interpretation Centre has been in promoting the town as a beautiful tourist destination,” he added.
In the next couple of weeks, Murphy said, the company will reopen the east wing of the motel with eight “total new rooms” including new carpets and furniture. “By Christmas we hope to have the entire motel completed, all the rooms as well as a new façade, and new soundproof windows and doors, which was one of the major complaints the hotel was getting – the rooms were really noisy from the outside traffic,” he added.
“We know that we are making a sound investment in the hotel and as such in the town of CBS,” said Murphy. “We hope that the often-heard phrase ‘There’s really nowhere to stay in CBS will be a thing of the past and the Sunset will be a great compliment to this beautiful town that people will be proud to recommend… We look forward to being a proud member of the CBS business community.”