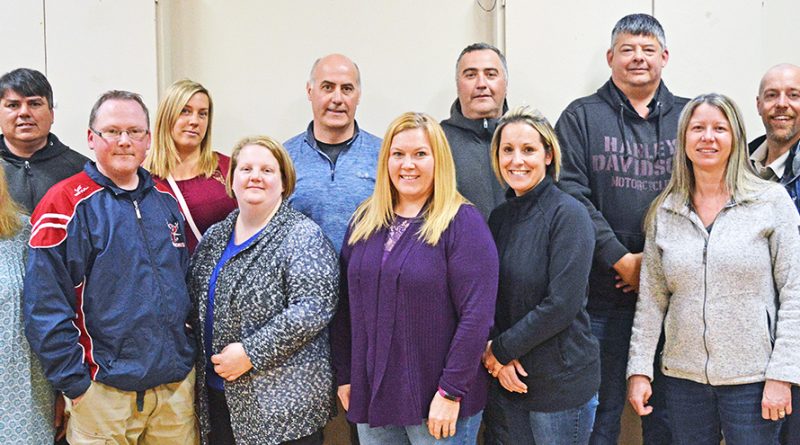 The CBR Minor Hockey Association has a new head of operations with Pat Carroll replacing Vince Burton as president of the minor hockey association.

Members of the CBR Minor Hockey Association voted Carroll into the position during the annual general meeting last Wednesday. Burton, the outgoing head of the association, is leaving the province for work in Nova Scotia and did not seek re-election.

Running against fellow CBR minor hockey coaches Tracey Holwell and Steve Eason, Carroll won 66 per cent of the 125 votes cast by association members in attendance for the meeting held at the Royal Canadian Legion Hall in Kelligrews.

However, the initial vote was declared valid after members in attendance agreed to follow the interpretation of the constitution issued by the association. And with an overwhelming victory by Carroll, there seemed little reason for members to question the validity of the vote afterwards.

Carroll, a physical education teacher at O’Donel High in Mount Pearl for the past 15 years, has coached high school hockey for 20 years and has spent six years coaching junior B hockey. Last year, Carroll coached in the CBR novice house league, assisted with the novice selects team and coached the Atom A Renegades.

“It’s good tonight to see so many people interested in our association,” said Carroll, after the ballots were counted. “Let’s hope that going forward this can unite us… At the end of the day we’re all CBR and we’re all here for the kids.”

However, a new president wasn’t the only new development determined by the association during the meeting.

Parents enrolling their children in the association for the 2018-2019 season will enjoy a modest break in fees, with now past-president Burton announcing the association’s plan to reduce fees in six of the 10 hockey programs. Burton noted that a healthy bank balance of some $100,000, which was inflated thanks to a nearly $19,000 surplus this season, gave the association confidence in operating a deficit budget next year where the finances are expected to shrink by about $8,000.

“We understand the fiscal restraints that people are coming up against these days, (and we want hockey to remain an affordable option for families in the CBS area,” said Burton.

“There will be no reduction in programs with fees down,” Burton assured members in attendance.

CBR will also be expanding the blind hockey program next season. The program, which had six players enrolled last year, will expand to become an inclusive hockey program for the 2018-2019 season.

“We have some other kids in the area for one reason or another who aren’t comfortable, because of various physical ailments or mental impairments, in the regular stream hockey,” said Burton. “This program offers them a chance to throw on the skates and learn the game that we all love.”

Burton will be leaving the minor hockey association after two years as president, replacing former past-president Stephanie Spencer. He thanked the 127 registered CBR minor hockey members who attended the meeting for supporting the organization.

“It has been a great privilege,” said Burton. “I’ve enjoyed my time here both as a coach, volunteer and a hockey dad up in the stands.”