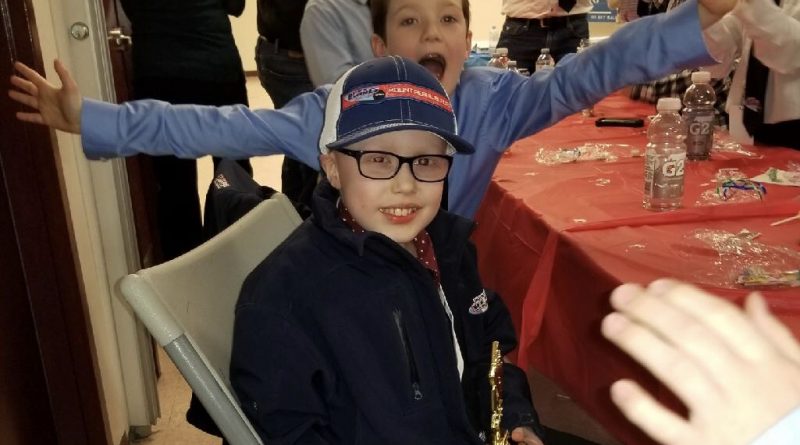 While Howell was unable to join his teammates on the ice, the tournament organizing committee from Paradise took the time to recognize the brave 9-year-old by honouring him with the Warrior of the Year trophy during the tournament’s awards banquet. Paradise Minor Hockey Association President George Dupont says he is remarkably proud of the Paradise minor hockey organizing committee that took the time to honour and recognize Howell’s warrior spirit.

“It’s the true meaning of what minor hockey is about,” said Dupont. “It’s making sure that some of these kids feel special, especially during a hard time.”

Clark’s mother, Nicholle Howell, said that Clark was proud to receive the award and that their family is happy to see that others, even strangers, thinking about him. Dupont noted the heart-warming effort to recognize the young Blade’s battle overshadows the unfortunate negativity which can sometimes permeate minor sports.

“It’s what makes me proud to be part of an association,” said Dupont. “When they presented him with this trophy, the smile on the young fellow’s face, it said it all.