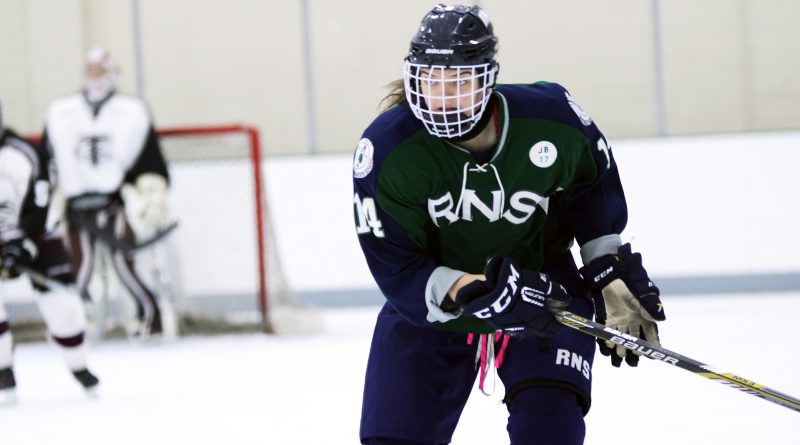 Already supremely talented on the ice, Jessica Davis is trading in her skates for a pair of running shoes as she takes her skills to the ball hockey courts in Plzen, Czech Republic for the female Under-20 world ball hockey championships.

Davis, the Conception Bay South female athlete of the year, is attending Laurentian University on an ice hockey scholarship after she was recruited while playing for the Rothesay Netherwood School in New Brunswick last year. A hockey fanatic, Davis said she began playing ball hockey as a way to pass time while not on the ice. A 4A banner win with the Queen Elizabeth girls’ team in her Grade 11 year prompted the ice hockey star to look at the sport differently

“That was kind of when I really started to take ball hockey seriously,” said Davis. “I was (playing) as a fun thing and then once I realized that I had the opportunity I thought I should take this a little more seriously.”

The young hockey star said she never believed she would have the chance to represent her country. But she is no stranger to high level competition. Davis played at the national level with the Newfoundland and Labrador Senior Women’s Ball Hockey team, as well as Team Atlantic in ice hockey nationals last year. After playing for the provincial ball hockey team at nationals, Davis was approached by Steve Power, the Newfoundland and Labrador Ball Hockey Association president, who asked if she would be interested in playing for the first Canada Under-20 women’s ball hockey team at this year’s World Ball Hockey Championships.

“It was a great feeling,” said Davis. “I couldn’t believe it, I was shocked.”

Davis is the only player from this province selected for the Under-20 women’s team. Now, the challenge will be building chemistry with her teammates over a short period — however, she said she’s ready for the challenge.

“I’m looking forward to meeting the team for the first time,” said Davis. “We’re going up a couple of days early for team building exercises and practices, but it’s pretty well like going in brand new.”

Davis said she is looking forward to a strong placing in the ball hockey tournament after the Laurentian Voyageurs just fell short of the playoffs during Davis’ first year playing ice hockey with the school. The world ball hockey tournament will offer a redemption of sorts as the young athlete prepares for a big second season of university hockey. Like most young athletes who move away from home, Davis wishes she had the chance to continue playing in her home province, but the opportunities to compete at a high level were elsewhere.

“It’s what you need to do if you’re a Newfoundlander and want to take it to the next level,” said Davis. “The opportunity to go away to be a better hockey player and get scouted for more hockey, it’s been a great experience.”