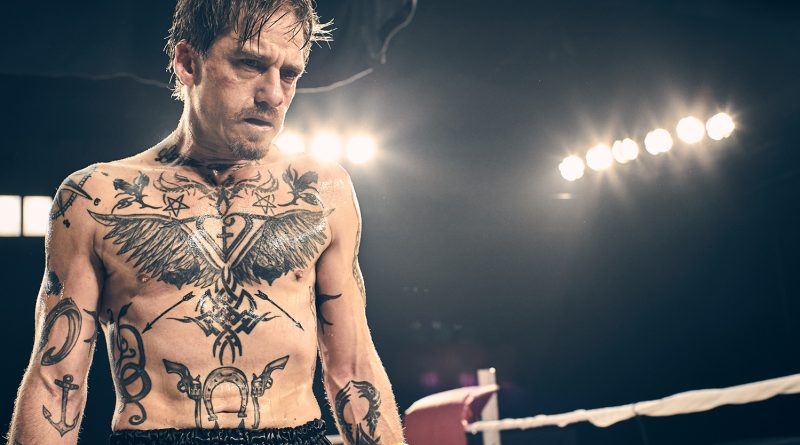 One on one with Joel Thomas Hynes

CORNER BROOK – If anyone currently alive from Newfoundland might be described as a renaissance man, the distinction would almost certainly go to Calvert native Joel Thomas Hynes.

In the past year alone Hynes has starred in the return of Hatching, Matching and Dispatching, has seen his own weekly comedy, Little Dog go to air on CBC Television, not to mention winning the Governor General’s Award for his latest work of fiction, We’ll All Be Burnt In Our Beds Some Night; and oh yeah, he’s just put out his first full-band, full-length album, Dead Man’s Melody.

During March, Hynes was a nominal piece in the March Hare’s last hoorah, touring from New York and Toronto, down through Newfoundland – including a stop in Hynes’ own backyard, Renews.

When the 32nd and final Hare reached Corner Brook for the last weekend of its tour, Hynes read and sang to packed, younger audiences at both the local College and high school before bringing his gritty, realist fiction and songs to evening performances inside the Glynmill Inn. It was here, for 15 minutes while he ate a feed of cod’s tongues before his sound-check on Sunday evening, where I managed to get a hold of him and ask a few questions.

“I don’t get any more ideas than anybody else does, I just follow through on them,” says Hynes, when asked about the prolific year he’s having across multiple mediums. “You just have to keep climbing ladders, and you always go down to the bottom rung for each new project,” he says.

Hynes might be referring to his latest book, We’ll All Be Burnt In Our Beds Some Night. A book that Hynes says was rejected by about 30-40 publishers in the country – despite his track record with previous publications and literary awards – before finally finding someone who would release it. Obviously, it worked out for them. The book was nominated for the Scotiabank Giller Prize, and Newfoundland’s Winterset Award in-addition to winning the Governor General’s Award.

But Hynes might also be talking about the path he’s beaten into the arts and media industries within the country. A path he’s beaten as a mostly self-taught, jack-of-all-trades kind of artist. He got his start in Dublin, Ireland, where he studied Music Technology at the Temple Bar Music Centre, after having dropped out from Memorial University.

“I was doing stage design, acting, and lighting, everything (in Ireland),” he says. “I did a creative writing course there (at Memorial), about a guy who lights a big fire in his hometown. The teacher had written on it ‘Nice rant, try standard English.’ So, I ended up dropping out of University,” says Hynes. But he would later go onto publish a very similar piece as part of his first novel Down To The Dirt, a dark story that takes place in an imagined town, really an amalgamation of various communities along the Shore. The book went on to earn Hynes the Percy Janes First Novel Award, was nominated for the Dublin Literary IMPAC award, and shortlisted for both the Winterset Award and the ReLit Award. It was also turned into an audiobook, stage play and a movie.

Now, when Hynes returns to a Memorial campus, Grenfell College, during Hare weekend, it’s not hard to sense that he stands before the kids as a symbol for what they might someday be: A career artist. And to the academics in the back of the room, the ones paid to analysis and critique the likes of him, Hynes seems at the same time to break every conventional mold they impose: An artist writing in the phonetic speech of the Southern Shore, weaving yarns about society’s outcasts, making a career out of it. But if you ask Hynes about his career and the success he’s had, he never seems to bow to complacency.

“You can con yourself into thinking you’ve arrived somewhere,” he says, over the noise of Eaman McGrath, the producer of Dead Man’s Melody, warming up onstage in front of him. “But you don’t, you don’t arrive anywhere. In Canada especially, there’s nowhere where you can stop and breathe. And if you think you do, you can mess yourself up pretty quick.”

Hynes doesn’t know when he realized the voices, characters, and places he grew up around along the Southern Shore could be written down in fiction or drama, that a place like the southern Avalon could be made into drama. He doesn’t know if there was a time when he realized it could be, only that he started doing it.

He says his ideas for stories come to him like a memory, the whole thing at once, though a little out of focus until he sits down to write it. Often, these ideas come to him in the more desperate times of his life. Like Little Dog, the TV show that is surely sitting loyal followers on the mainland and Newfoundland alike in front of the TV for a half hour every week.

“I was doing some fighting (in Toronto,) and got hurt really bad” Hynes says. “I got a couple of broken ribs, a broken chest plate. I was in the waiting room, waiting for the doctor to come out, and she came out and told me my ribs were broken. I got kind of upset, and in that emotional response, I saw the show.”

Little Dog has taken another turn since the idea initially struck Hynes. The current version on TV has been re-written as a comedy for half-hour time-blocks, while the initial idea that came over Hynes that day in the doctor’s office was probably something closer to a six-part, dark drama.

But it stands as something like a boxer’s counter right hand itself, Hynes’ creativity, the way his mind fires off a creative idea, up and over the guard of whatever ails or disturbs the rest of him, physically or emotionally. It’s what, even despite his apparent success in the past year, keeps him working, following through on the next idea that hits him.